Arrests and Your Rights in New South Wales 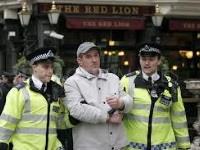 It can be a very daunting process if the police come knocking on your door and want to question you over an alleged offence, or even worse arrest you and take you back to the station. It is important to have an understanding of your rights and obligations when faced with this situation.

A police officer’s actions are governed by the Law Enforcement (Powers and Responsibilities) Act 2002.

Do I have to answer the police’s questions or provide a statement?

You must provide a police officer with your name and address, but you are not required to answer any other questions, or participate in a formal interview. If the police ask you to do so, it is important that you advise them that you want to speak with a lawyer first.

In some circumstances the lawyer may advise to make a statement, in most cases however, it is advisable not to. Remember anything you say to a police office can, and will be used in court.

Do I need to provide a DNA sample?

If you have been arrested you do not have to agree to an intimate procedure such as providing a blood sample. Though, a magistrate can order for DNA to be collected in this manner.

If you do not agree to the non-intimate procedure which requires you to self-administer a mouth swab or provide a hair sample, a senior police officer can order for one to be carried out.

Do I have to participate in a line up?

You do not have to participate in an identification line up and that refusal cannot be used as evidence of guilt if the matter proceeds to court.

Do I have to agree to my fingerprints or photograph being taken?

If you have been charged and are in police custody the police can take your fingerprints and photograph for identification purposes. If you are not in custody, the police need to obtain a court order.

What happens if I do get charged?

If you are charged you will either be released on bail by the police, and provided with a summons to attend court, or the police will refuse bail and you will have to appear in front of a Magistrate for bail to be granted.

You can appeal a bail refusal by applying to the Supreme Court.

Watch the video below to know more about giving a police statement in Australia: