What does jurisdiction mean in the age of the internet? 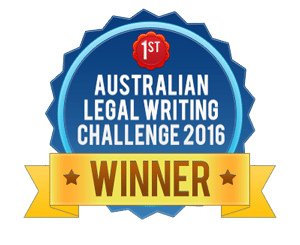 Ordinarily, if you break a law somewhere, you’ll go to court in the same region. But what happens if you break the law while you’re online? Because the internet exists all over the world at the same time, this is where things get a little bit complicated – and very interesting. Given that we spend more and more of our lives online, understanding how the law operates in a borderless internet is an important question. It turns out that one way or another, the long arm of the law will reach into cyberspace and bring you back with a resounding thud to an Australian court IRL.[1]

The link that ties you to the law is called ‘jurisdiction’. This is what enables the police to arrest you in a certain place, and the power of the court to hear a case against you. Jurisdiction is the most important factor in a legal system – without jurisdiction, the law can’t touch you.[2]

For most of history, jurisdiction has been tied to geographical place, like a state or a country. The law of that place goes as far as its borders; beyond that, entirely different types of laws can apply. This is important for two main reasons. First, something that legal in one place might be illegal somewhere else. This means that even if something is legal in your home country, you could be caught overseas if you do the same thing there. Second, the power of a country’s legal system to pursue you stops at its borders. This means that if you break the law in one place but then flee, the courts normally can’t follow you. Either way, the ability of the law to reach you all depends on where you are.

However, because the internet isn’t tied down to a single location, it gets much more difficult to figure out where jurisdiction begins and ends. Consider this: if you are downloading a film that was made in the United States, from a website that is based in Sweden, all while sitting in your living room in Melbourne, where did you break the law?

The question of jurisdiction becomes even more complicated if a court can’t figure out who you are, or precisely what you’ve been up to. A legal action cannot be brought unless the court knows who the case is being brought against, and whether it has authority over your actions. Ordinarily, a country will have jurisdiction over you if it finds out you’re a citizen. However, the internet allows people to act with far greater anonymity than in the physical world. Message encryption, virtual private networks (VPNs), ‘TOR’ servers and digital currencies can make it much more difficult for the legal system to track down who you are, and what you might have done wrong.

However, just because the internet exists in the virtual world, that doesn’t mean that the law disappears. Although legal systems around the world are still grappling with the question, it is clear that you can be made to face consequences somewhere if you break the law online.

There are three main ways that a country can try to show that it still has the power (a ‘real connection’ or ‘sufficient nexus’) to make someone face legal consequences in its courts:

How these factors apply will depend on who you are, and what you have down. However, more often than not, your cyber activities are still likely to land you in front of an Australian judge (extradition notwithstanding).

Where would I go to court if I bought something illegal through an online store?

The internet makes it possible to buy and sell a huge number of goods and services online, beyond the ordinary reach of market regulations and prohibitions. However, while the Australian police cannot investigate every part of the supply chain, laws still target the parts of the transaction that occur in Australia. Because of this, you can still be brought before an Australian court for purchasing something illegal online.

One Melbourne man found this out the hard way after purchasing narcotics from an online drug marketplace called the Silk Road. When the drugs arrived on Australian shores, they were intercepted by Customs. Customs tracked their delivery to the man, who was subsequently arrested. He appeared before the Victorian County Court on charges of importing marketable quantities of drugs, and the related charges of making false documents.[3]

Where would I go to court if I said something bad about someone online?

The internet allow us to communicate over enormous distances instantaneously. However, this can complicate the matter of jurisdiction when communication is used to hurt somebody, and the perpetrator and victim are thousands of kilometres apart. The most appropriate jurisdiction in a matter like this will often turn on what is communicated.

If, for instance, you say something defamatory about someone, then your case is likely to depend on where that person read your insulting statement. One of the leading cases in Australia involved a situation where an article that was published online by a US company suggested that an Australian man was involved in tax evasion.[4] The man decided to sue the company for harming his reputation in his home country. The company then tried to avoid the litigation by claiming it did not fall within Australian jurisdiction. As defamation law turns on where something is ‘published’, there was a significant question about whether publication occurred when the information was uploaded or downloaded. This was a complicated matter, because the information was originally uploaded on the company’s server in the US, but was downloaded, read and caused reputational damage in Australia. The High Court decided that the harm (via its publication) occurred where it was seen or read; that is, in Victoria. As such, the case could be pursued in an Australian court. Although defamation laws elsewhere will differ, you could end up in the hands of an overseas court if you defame somebody living outside of Australia.

However, jurisdiction is not necessarily limited by where the harm was suffered – it can also centre on where the harm began. In another well-known case, the harm related to what was said to someone (rather than about them). In the case, an Australian man was charged with the crime of stalking after he had sent a series of threatening phone calls, letters and emails to a Canadian actress over the course of six years.[5] However, because the perpetrator and the victim were so far apart, there was confusion about what jurisdiction applied. Canada decided that it couldn’t prosecute because the man lived in Australia, and Australia decided that it couldn’t prosecute either, because a major part of the stalking crime – fear – occurred in Canada. Eventually, however, the Supreme Court of Victoria recognised that ‘criminals are not respecters of borders’, and that the law needed to adapt.[6] Because the man had committed most of the crime in Victoria, and ‘did not have to do anything more to achieve what he set out to do’, then the crime could be said to fall within the Australian jurisdiction.[7]

Where would I go to court if I illegally downloaded a movie?

Sometimes, people intentionally take advantage of the indirect protection that the internet provides them from overseas jurisdictions. However, a foreign entity can use your local laws against you, and drag you into your own courts to face up to them.

Illegally downloading movies is a common form of copyright infringement. Because a large proportion of movies are produced in the US, companies in the American movie industry are keen to sue foreigners to recoup money for the ‘theft’ of their intellectual property. However, because these companies are from a different country, they can have a hard time figuring out exactly which foreigners to sue. They’ll often target bigger national players to find their way in to those individuals’ jurisdiction instead.

In the recent Dallas Buyers Club case, a US company brought a case to try to weed out Australians who had illegally pirated the film online.[8] It brought the case in the Federal Court, which has specific jurisdiction for intellectual property matters in Australia, and attempted to make the internet service provider iiNet hand over details of the customers it thought had downloaded the movie. Although the company was not successful, it is likely that foreign companies will continue to use tactics like these to enforce their rights in Australian courts.

[1] IRL is common internet slang for ‘in real life’.

* Holly is a final year Juris Doctor student at Melbourne Law School. Since her undergraduate studies, she has remained keenly interested in interdisciplinary studies, particularly in relation to innovation and the environment. She is currently working with the in-house legal team at Parks Victoria, and is looking forward to finishing the final semester of her degree on exchange at McGill University in Montreal, Canada.