Dob In A Bikie Day in Western Australia 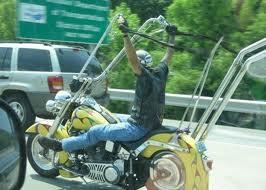 On 20 May 2014, the Western Australia Police targeted outlawed motorcycle gangs by launching a state wide campaign for members of the public to call Crime Stoppers and anonymously dob in a bikie. The idea behind this campaign is for the police to gather intelligence on the operations of the motorbike gangs, that have been declared a criminal organisation, and to enforce any control orders in place that have resulted from the new bikie laws.

What are the new WA bikie laws?

The Criminal Organisations Control Act 2012 (‘the Act’) has finally been made in to Law coming fully into effect in Late 2013, almost a year after it was accented to by parliament. This legislation is what is referred to as the ‘anti-association laws’ or ‘anti-bikie laws’, which are aimed at disbanding Motorcycle Clubs throughout Western Australia. The law allows Police to apply to the courts to have a particular group declared a criminal organisation. If you are deemed to be a member of this ‘criminal organisation’ you can be convicted of a range of offences. This law is not designed to infringe on the general public being able to ride their motorbikes with their friends. Though some groups are concerned that it may affect the average person, and recently a protest at Parliament House was organised by the group Freedom Rights Australia, voicing their concerns about the potential impact of these laws.

What are some of the offences and penalties that can be imposed?

Are the new laws an overreaction or breach of personal liberties?

The new bikie laws, not only in WA but throughout Australia, are extremely controversial with the QLD laws being taken to the High Court. Some people support the move to disband the clubs while others are concerned that the average person may suffer. The Western Australia Police state that there are more than 440 patched members and nominees in WA. This consists of 27 chapters and 28 clubhouses around the state.