Late last year, a woman from Queensland’s Gold Coast was awarded the dubious title of Australia’s most intoxicated drink driver having recorded a blood alcohol content (BAC) reading of 0.48, nearly 10 times the legal BAC limit. Her record has, unfortunately, now been broken with a New South Wales woman recording a BAC of 0.486.

The Coffs Harbour woman was tested after crashing her car into a fence and passing out at the wheel. She had somehow managed to drive her vehicle for approximately 2 kilometres down a busy road before the crash, a feat which has experts bewildered.

Speaking in relation to the Queensland record, Director of the University of Queensland Alcohol and Drug Research and Education Centre, Professor Jake Najman stated that, for the average woman, a BAC of 0.3 would normally render them comatose. A reading of 0.4 would normally mean unconsciousness or, quite possibly, death.

Coffs Harbour Police officer, Inspector Joanne Reid, voiced her surprise that ‘something catastrophic’ had not happened in this case: ‘The fact that she only hit a fence is miraculous.’ Detective Inspector Darren Jameson added, ‘Drink-driving is a very serious offence and not only risks the safety of the driver, but also all other road users.’

In New South Wales, a person commits a high range drink driving offence if they:

and while they have a blood or breath alcohol content level of 0.15 or more.

In New South Wales, if a driver is charged with this category of offence, if it is their first such offence, the driver’s licence is automatically suspended for 3 years. In exceptional cases, a magistrate can reduce the period to anything over 12 months, but they can also increase it beyond the 3 years. The driver will also face a fine of $3,300 and, in some cases, a term of imprisonment for up to 18 months.

If the driver has, within the previous 5 years, been convicted of another major offence such as drink driving or negligent driving, the penalties increase. Those convicted of a high range drink driving offence that is a second or subsequent major offence will face an automatic licence suspension of 5 years. Again, a magistrate may be willing to reduce the suspension period, but cannot reduce it to anything less than 2 years, and they may well increase it beyond the 5 years. The offence will also mean a fine of $5,500 and up to 2 years in prison.

For the average woman, a BAC of 0.3 would normally render them comatose. A reading of 0.4 would normally mean unconsciousness or, quite possibly, death.

It is also now mandatory in New South Wales for the courts to impose on a person convicted of particular drink driving offences, including high range drink driving, an ‘interlock order’.

These orders require that, at the end of your disqualification period, and before you can again drive, you must have an interlock device fitted to your vehicle. The device prevents the vehicle from starting until you blow into it and record a zero BAC level. You may also have to blow into the device at random intervals during your journey to keep the vehicle in motion.

For a high range drink driving offence, the interlock device must be fitted to your vehicle for a minimum of 24 months for a first offence, or 48 months for a second or subsequent offence.

Outcome of this case

In this record-breaking case, emergency services transported the woman to hospital where she gave a blood sample and was placed into an induced coma. The blood sample confirmed the 0.486 BAC reading.

Her licence has now been seized by police and a licence suspension notice issued. She now faces severe penalties when she fronts court in May.

This is not a record that should again be broken. If you intend drinking, plan ahead. Find a friend who has not been drinking to take you home, or call a taxi. Alternatively, think twice about how much you are drinking. Recommended limits for the average male are no more than 2 standard drinks in an hour and only 1 each hour thereafter. For the average woman, your limit is generally 1 standard drink in an hour and 1 per hour thereafter.

If you or someone you know has been charged with a drink driving offence, you should seek legal advice as soon as you can. Call 1300 636 846 or ask for a call-back at gotocourt.com.au.

Interlock Orders in NSW
Once a voluntary scheme, Interlock Orders in NSW (New South Wales) have, since 1 February 2015, become mandatory for the courts, subject to very few exemptions, when sentencing those convicted of particular drink driving offences. The orders require the driver to install and use an interlock device in order to resume driving earlier than would…
Read more… 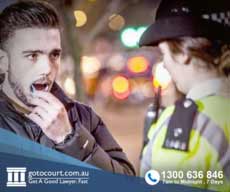