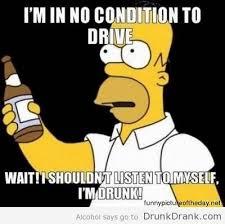 Not all drink driving charges are the same and each has its own penalty and suspension period that applies. Are you aware there is a difference between being charged with driving under the Influence (DUI), compared to driving while having a prescribed concentration of alcohol in blood (PCA), compared to refusing a breath test? Most charges relating to drink driving are PCA charges not DUI. For the police to charge you with DUI they need to prove you were actually ‘under the influence’ of alcohol at the time you drove the vehicle, and must be able to show there were visible signs of intoxication. Whereas the PCA charge relates to how much alcohol you have in your blood. Refusing to provide a breath sample is also a serious offence and the penalties imposed are similar to being charged with DUI. If you refuse due to physical or medical reasons the police must do all things necessary to organise sample of blood to be taken for analysis.

What are the Penalties for drink driving in South Australia?

The penalties for a drink driving offence differ in severity depending on type of offence and your blood alcohol reading. The penalties will include a fine and suspension period and are outlined in Sections 47, 47B and 47G of the Road Traffic Act 1961, and summarised in the table below.

For a category 1 PCA first offence, you will be issued with an Expiation Notice and required to pay the fine within 28 days, and you will not be required to attend court. If you disagree with the notice you can opt for the matter to be heard by a Magistrate. A first, second and third offence is determined by whether your previous offence occurred more than 3 years ago for a Category 1 PCA offence and 5 years ago for the other offences.

What is a car alcohol interlock and when do I need to have one fitted?

If you have been convicted of a serious drink driving offence, such as DUI, second offence category 2 PCA , category 3 offence, or refusing to provide a breath sample, you will be required to have an alcohol interlock device fitted to your car at the end of your suspension period. This is a device that is fitted to your car’s ignition and requires you to blow a zero reading before the car will start. The requirement to have an interlock is normally the same length of time as your suspension and can be up to 3 years. The Mandatory Alcohol Scheme requires you to only drive the car you have nominated and installed an interlock device, you must carry in the car a certificate from the provider certifying it is properly functioning, and you must produce the car to the approved interlock provider as required for checks. If you breach one of these conditions you may receive up to a $2500 fine and a further disqualification.

What is a ‘Trifling’ Offence?

A unique term to South Australia is the phrase ‘a trifling offence’. This refers to an offence that is minor in nature, and the minimum penalty that should be imposed by law is not proportionate to the circumstances of the offence. You can make an application to the court under section 15 of the Criminal Law (Sentencing) Act 1988 for offences that are so trifling that it is inappropriate to impose a penalty and to record a conviction. Trifling is most commonly referred to in minor traffic and drink driving offences, and provides the Magistrate with the ability to use their discretion not to follow the legislated penalties and suspension periods.

Are harsher penalties needed for those that drink and drive?

There is currently a debate to push for harsher penalties for serial drink drivers in South Australia. Recent police data that has been released has shown an increase in the number of drivers arrested with a blood alcohol reading of 0.3 or higher. The numbers have risen from 21 in 2010-11 to 23 in 2011-12 to 26 in 2012-13. The number of drivers registering a blood alcohol of .025 to 0.3 fell from 120 in 2910-11 to 74 in 2011-12 but has now risen to 91 in 2012-13. It is believed that most drivers with extreme high readings are repeat offenders and hence the reason for the current debate. It is a hard balance between imposing a penalty that fits the crime verse a penalty that is enough of a deterrent to prevent a repeat offence. However, increasing penalties is not always the answer. Many other states have either voluntary or mandatory drink driving courses for offenders, which appear to be helping to reduce recidivism. Maybe it is time that South Australia followed suit?