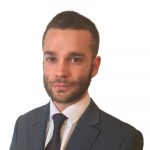 Notwithstanding obvious concerns around what is considered a satisfactory construction of terms within a solicitor’s Costs Agreement and any related charge documents, the history of the law across different jurisdictions in relation to the reasonableness (or otherwise) of legal fees has been discussed repeatedly over the last several decades.

First, it is important to note how seriously the Court views the reasonableness of security when determining what are or are not appropriate legal fees within the client-solicitor business relationship. The law imposed on solicitors when entering into a Costs Agreement with their clients is subject to the same equitable doctrines that apply to contracts generally. Notably, these equitable doctrines include, but are not limited to the following:

It is tacitly acknowledged that solicitors often seek excessive remuneration arrangements, which may, in fact, breach the very equitable doctrines solicitors often defend in court. This article does not attempt to address the broader questions surrounding solicitor billing ethics.

The law pertaining to limitations on solicitors enforcing their contracts with their clients can be traced back to a UK statute passed in 1729 (2 George II c 23) which effectively stated that no action could be brought by a solicitor against his client until one month after a bill had been received. This may well be the origin of the 30-day nett payment terms on most commercial invoices. This policy with respect to solicitors is still enforced today.

More than a century later that legislation was repealed and a new statute was passed in the form of the Solicitors Act 1843 (UK) (6 & 7 Vict c 73).

In NSW, the former Legal Practitioners Act 1898 (NSW) introduced terms similar to those that had previously existed in the UK. However, the Act did not fully incorporate the provisions of either of the above British Acts. It was not until some 20 years later in the Conveyancing Act 1919 (NSW) that the power was first conferred on the Supreme Court to review a solicitor-client conveyancing costs for unfairness or unreasonableness.

At approximately the same time the ‘Legal Fees and Costs Board’ was created by the NSW Parliament and given the power to fix costs in both contentious and non-contentious matters. It was open then for solicitors to agree with their client on costs for both types of matters. However, the Legal Profession Act 1989 (NSW) provided that this was subject to review by the Supreme Court if the Court considered the agreement to be unfair or unreasonable.

Developments Since the 1860’s

In 1870 there was a general rule that a solicitor had no right to take a mortgage as security for future legal costs, as held by Eldon LC in Jones v Tripp. This was further debated by the UK Parliament in 1864 which expressed concern about such mortgages on the ground that “by allowing a solicitor to take such security of expensive litigation [as] might be incurred, over which the client might have no control”, there was a likelihood that exploitation might occur.

Over the next century solicitors were not allowed to take security from the client for future legal fees. However, this was tested rigorously by Parliament; there remained an absolute rule that could not be rebutted which provided that such security was not allowable if the facts of a case showed that the client was being exploited.

The rule was later mitigated when it was recognised that a solicitor who was instrumental in recovering money for a client was entitled to an equitable charge over the money recovered: Firth v Centrelink (2002) 55 NSWLR 451

This decision, and others like it, have caused consideration of questions relating to the effect of undue influence and whether there is any fiduciary conflict in solicitor-client retainers and deeds of guarantee.

Prior to the decision of Firth, decades of legislation in NSW addressed the issue of solicitor’s security for legal fees. The following Acts make specific mention of the issue:

The authority for seeking and holding security for costs was replaced by the Legal Profession Act 1987 (NSW), section 207, which states that “A solicitor may take from a client security for costs of any business to be transacted by the solicitor.” Section 207 was later renumbered section 191 and amended under the Legal Professional Reform Act 1993 (NSW), Schedule 3. Section 191 states that “A barrister or solicitor may take from a client security for the costs of providing legal services to the client.” It should be noted that this allowed a solicitor to take security for past and future costs.

The provisions in both the 1993 and 1987 Acts were replaced by the Legal Profession Act 2004 (NSW) in the form of section 320, which provides that “A law practice may take reasonable security from a client for legal costs (including security for the payment of interest on unpaid legal costs).”

Interestingly, this section introduced the word “reasonable” into its definition of ‘security’. Most recently, section 206 of the Legal Professions Uniform Law (NSW) No. 16a, provides that “A law practice may take reasonable security from a client for legal costs (including security for the payment of interest on unpaid legal costs) and may refuse or cease to act for a client who does not provide reasonable security.”

In light of the above, the statutory position has still left open the question of how far the current provisions allow a client to challenge the “reasonableness” of security taken by a solicitor and the legal fees they can charge. Also unresolved is the question of how far the “reasonableness” of security extends to protect the solicitor from claims a client may otherwise have. Every breach of a solicitor’s retainer and/or costs agreement deprives the parties to the agreement of entitlement to specific performance.