The Australian Red Cross announced on 28 October 2016 that it had become aware of a file containing over 550,000 Australian donors’ personal information had been made publicly accessible. According to reports, the information was available from 5 September 2016 to 25 October 2016.

As far as the Australian Red Cross is aware, the data was only accessed once on 25 October 2016 when a third party conducted a security scan, discovered the breach and notified the Australian Cyber Emergency Response Team (AusCERT) of which the Red Cross is a member. The cause of the breach appears to be a third party organisation which develops and manages the Red Cross’s website. 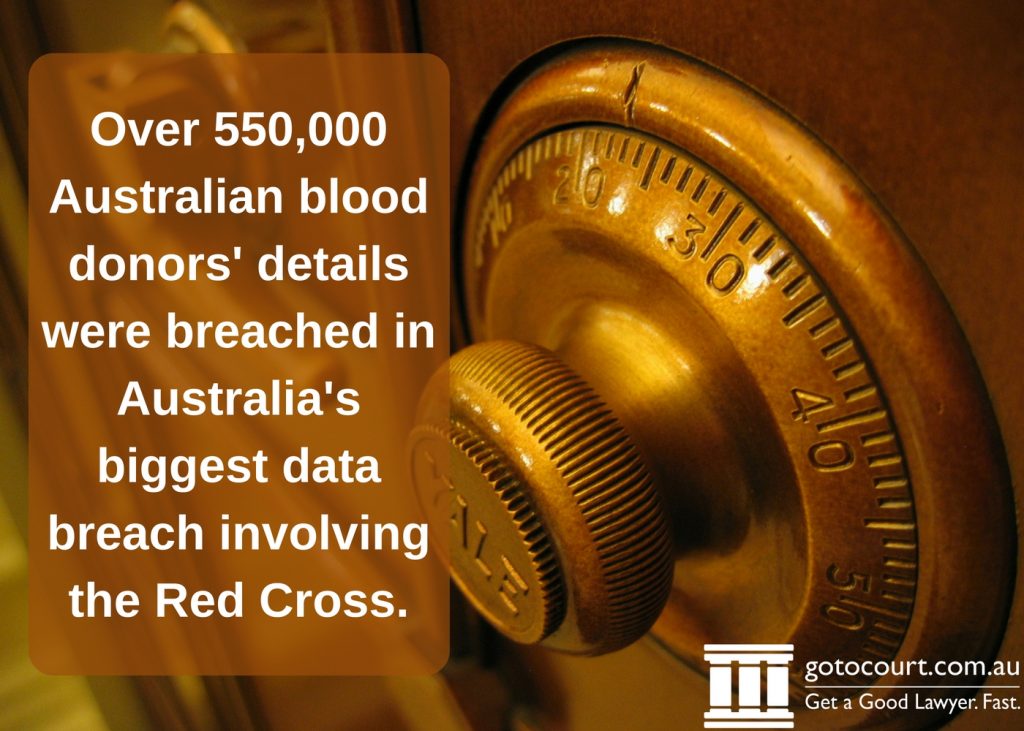 The Privacy Act 1988 defines personal information as information that can be used to identify a person. This includes a person’s name, address or their occupation.

The information in the file which was breached included the following:

The yes / no risk questions included the question, “in the last 12 months, have you engaged in at-risk sexual behaviour?” While the information does not contain the same, more in-depth, questions which are asked in the Australian Red Cross’s Donor Questionnaire Form, the questions posed do represent a privacy concern for the affected individuals.

Despite the Privacy Act applying to the Red Cross, there was no obligation for the Australian Red Cross to disclose the breach. This is because there is currently no law which obliges organisations to disclose security breaches involving personal information. This is despite the Office of the Australian Information Commissioner’s guidelines recommending that organisations do so.

Australian Privacy Principle 11 (APP 11) mandates the organisations take reasonable steps to ensure personal information that it holds is not lost, interfered with, accessed without authority, misused, disclosed or otherwise modified.

While arguably APP 11 is what motivated the Australian Red Cross to become a member of AusCERT and to publicly disclose the breach, the Privacy Principle does not require organisations to disclose breaches as part of the obligation to ensure personal information is secure.

This is a significant shortfall of the legislation if individuals and organisations want to prevent further data breaches. As is the case with the rule of law in general, the law and the policy which guides the law must be on the same page. In this regard, it makes sense that for organisations to ensure the security of personal information, disclosure of security breaches should be mandated by law.

The Australian Information Commissioner has the power to order damages

While organisations currently have no legal obligation to report on security breaches of the personal information they hold, organisations will be held accountable for not complying with other privacy obligations.

Under section 52 of the Privacy Act, the Australian Information Commissioner can make determinations on privacy complaints, which includes apologies and damages. For the Commissioner to make a determination, a complaint must be presented outlining the privacy breach and the specific Privacy Principle that was not complied with.

Submissions as to the effects, both economic and non-economic, should be included if damages are sought.

The Australian Government conducted community consultation in early 2016 to determine the extent of mandatory notification laws and the effects it would have on the public and the private sector. The election was called in May 2016 and since then, no further progress has been made.