On 16 January 2019, the NT Coroner handed down his findings in the inquest into the death of Australian Defence Force soldier Jason Roger Challis while taking part in a live firing exercise near Darwin. The 25-year-old died after being shot in the head by his fellow soldiers after taking up an incorrect position behind a mock enemy at which the other soldiers fired.

The inquest examined the training protocols and procedures followed by the army and what had occurred during and in the lead up to the live firing exercise. It heard that the deceased’s platoon had not conducted rehearsals prior to the live-fire exercise and that the young man’s death had been preventable.

Another soldier’s death in similar circumstances in 2009 had led to recommendations being made that compulsory safety precautions be adopted prior to live fire exercises. The recommendations had not been followed.

Private Jason Challis was born in Geelong and joined the Australian Defence Force in 2016.  He was posted to Darwin in February 2017 as a rifleman in the 5th Battalion of the Royal Australian Regiment.

The live-fire exercise that killed Challis was designed to give experience in several areas, including urban operations. It was the first live-fire exercise in which he had taken part. An area had been set up as a mock village, with three mock buildings made of plywood and hessian on each side of a road. The soldiers were tasked to find a person of interest in two ‘bricks’ consisting of four soldiers.

After the soldiers had engaged with an enemy target, they reset on the roadside of one of the buildings. Challis remained behind the building and no one noticed his absence from the brick. Shots were fired at the dummy, which went through the plywood and struck Challis in the head and leg, killing him.

The Australian Defence Force range orders (or army doctrine) set out steps to be taken for safety mitigation. These orders stated that training should be progressive, that dry practices should be conducted prior to blank firing, followed by ball ammunition and that the level of training should not exceed the ability of the participants. The orders further stated that each step must be practiced and revisited to ensure that participants had achieved the required level of ability before progressing to the next level.

The inquest heard evidence that some of the commanding officers took the view that the training progression was optional and that some had expressed the view that conducting dry and blank runs undermined the purpose of the exercise, which was meant to be stressful and realistic. There had also been statements made to the effect that the platoon did not have time to conduct the rehearsals.

In 2009, another ADF soldier, Mason Edwards, was killed during a live-fire exercise in similar circumstances to Challis. Recommendations were made following Edwards’ death as to how similar deaths could be avoided in the future. Those recommendations included: 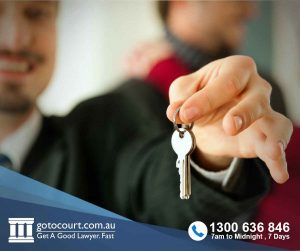