News reports in the last couple of days indicate that Robert Hughes, former Australian actor best known for his role in ‘Hey Dad’, has lodged an appeal to the High Court against his conviction and sentence for multiple child sex offences spanning two decades.

The appeal against his sentence is based on his claim that the adverse treatment he has received in prison makes his sentence more severe than is warranted and thus should be cut short. He has, it seems, been subjected to abuse from other prisoners including having boiling water, or faeces and urine, thrown over him on a regular basis. The NSW Court of Appeal rejected this claim just prior to Christmas 2015 saying that the trial judge had taken the likelihood of this kind of treatment into account in sentencing. 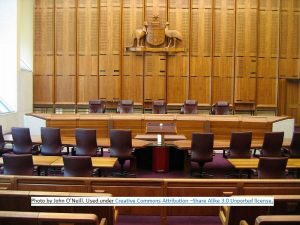 The conviction is being appealed on the basis of a rule of evidence which, he claims, the court applied incorrectly. ‘Tendency evidence’ (previously known as ‘propensity evidence’) is one of the many complex rules of evidence that is difficult to balance so that both the victim and the accused are treated fairly. It refers to evidence submitted by the prosecution that does not directly relate to the charges in question, but demonstrates a tendency towards the same kind of behaviour. It is then left to the jury (or judge in limited cases) to decide whether the evidence shows that, since the accused acted that way in the past, they more than likely acted the same way on the occasion in question.

‘Tendency evidence’ refers to evidence submitted by the prosecution that does not directly relate to the charges in question, but demonstrates a tendency towards the same kind of behaviour.

What does it mean?

At times, proof of a tendency towards a particular kind of behaviour is the only real evidence of an offence. This is especially so in sexual offence cases where the case turns on one person’s word against the other. The difficulty for the courts is in balancing the introduction of this kind of evidence so that the trial is fair and so that it does not unjustifiably prejudice the accused. Remember that one of our central tenets of the criminal law – one that is vital to our criminal justice system – is that everyone who comes before the courts is innocent until they are proven otherwise. Consequently, all accused persons must be treated as if they were innocent of all charges unless and until the court finds – beyond reasonable doubt – that they are in fact guilty.

Evidence that shows someone did something they should not have done some time in the past does not necessarily mean that they acted the same way on the occasion in question. It is undeniable that people are capable of changing their behaviour. We all do things we should not do (though not all of it is criminal) – some of us learn from it and mend our ways; others continue on with the poor behaviour. The trick is in figuring out in which category the accused fits.

One of the ways the courts do this is to require that the tendency evidence be so significant to the case that its significance outweighs any prejudice to the accused. Robert Hughes will be arguing in the High Court that this was not the case for him. He will claim that the introduction of tendency evidence unfairly prejudiced his case and should not have been allowed. The NSW Court of Appeal rejected his argument, but it remains to be seen what position the High Court will take.