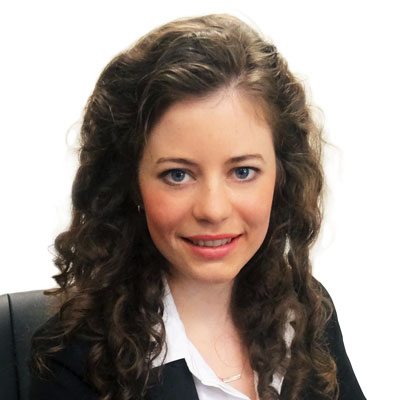 Elizabeth is key member of the Go To Court Lawyers Sydney team. She completed her law degree at the University of Sydney and has regular experience in appearing in Courts all around Sydney. Her experience ranges from traffic offences, drink driving and other criminal matters in the Local Court to working on more serious matters in higher courts.With a background in media, Elizabeth enjoys keeping on top of changes to the law and has considerable experience researching and writing articles and other published informative sources regarding all aspects of the law including changes and latest developments.

She is adept at explaining complex legal concepts in a manner clients can easily understand. Elizabeth has particular expertise in criminal and traffic law, but her areas of interest extend to family, immigration and civil law. With several years working in the legal industry, Elizabeth combines practical knowledge, an outgoing personality, as well as care and compassion to protect the interests of each of her clients. She prides herself on being approachable and putting clients at ease, as well as working hard to achieve the best possible result for each client, both in and out of the courtroom.

No Conviction For Two Criminal Offences

Our solicitor Elizabeth Wye assisted a client charged with trying to re-enter premises and making false representations to police.

The client was alleged to have told police that he had been seriously assaulted in order to make a fraudulent victims compensation claim.

After obtaining instructions and relevant documents from our client regarding all the circumstances of the offences, Ms Wye wrote representations to police seeking changes to the police facts. This resulted in an amended fact sheet that was fairer and more sympathetic to our client.

Ms Wye carefully prepared material to tender in court and made persuasive submissions before the Magistrate, which saw the client walk away with no conviction for either charge.

No Conviction For Client Found With 100g Cannabis

Our solicitor Elizabeth Wye assisted a client who had been found in possession of 100 grams of cannabis.

The client already had a conviction on her record for drug supply.

Ms Wye prepared the case thoroughly and highlighted some very unique and unusual circumstances. Consequently, tThe Magistrate was persuaded to dismiss the charge under section 10(1)(a), meaning the client did not receive a criminal record or any penalty for the offence.

Our solicitor Elizabeth Wye represented a client charged with an assault occasioning bodily harm against his partner.

The client contested the matter and MS Wye carefully prepared the case and cross examined police witnesses and the complainant. The client was found not guilty of the offence.

The client was very relieved that he could get on with his life.

Our solicitor Elizabeth Wye represented a 52-year-old man at Manly Local Court in relation to a traffic infringement he received during the period of his good behaviour licence.

In NSW, if a fully licenced driver incurs 13 or more demerit points, the RMS will send out a letter of suspension. There is no right to appeal this decision, but the driver may elect to serve a good behavior period of 12 months. If during this time, they incur two or more demerit points, they will be suspended for double the initial period of suspension.

Our client had elected to be subject to a good behaviour period but found himself facing the possibility of six months off the road after he received a penalty notice for disobeying a no left turn sign. He elected to have the matter dealt with at court.

Ms Wye thoroughly prepared the matter and the magistrate was persuaded to grant the client a Conditional Release Order without a conviction, meaning that he did not accrue any demerit points and could keep driving.

Our solicitor Elizabeth Wye assisted a client who was facing four drug supply charges, five drug possess charges, a charge of dealing with the proceeds of crime and a charge of driving while suspended.

As the proceeds of crime charge was dropped, our client's cash was returned to him. He received fines for the remaining four possess prohibited drug charges and a Conditional Release Order for the charge of driving while suspended, meaning that no conviction was recorded for this offence and the client did not lose his licence.

by David B. via Google
Philip said that Elizabeth gave him really good advice which he intends to follow. I don't know when they next speak but I am keeping an eye on things. I have full confidence in Elizabeth.
★★★★★