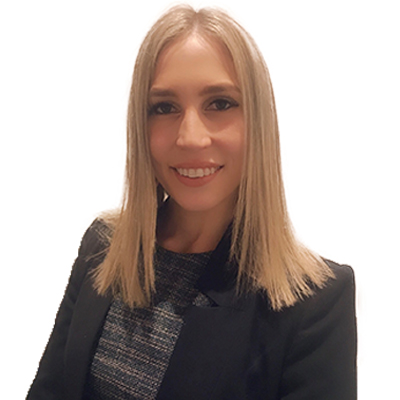 Emma Swiatlo holds a Bachelor of Laws and a Bachelor of Arts from Monash University. She graduated from Law with First Class Honours and from Arts with a major in Psychology. She completed her Graduate Diploma of Legal Practice at Leo Cussen Centre for Law and was admitted to practice in the Supreme Court of Victoria.

Emma has practiced primarily in family law (including parenting matters and property settlements), representing clients in the Federal Circuit Court and the Family Court. She has also represented clients in Personal Safety and Family Violence Intervention Order matters in the Magistrates Court.

Children Safely Returned After Being Withheld By Father

Ms Swiatlo advised the client in relation to her options including a Contravention Application or Recovery Order proceedings.

This outcome allowed the client to avoid expensive court proceedings and opened the possibility for mediation between the parties.

Prior to our engagement, the Respondent was prevented from attending the Applicant’s children’s school, which interfered with her employment duties. Ms Swiatlo assisted the client by attending in-court Dispute Settlement and negotiating on the client’s behalf.

Our solicitor Emma Swiatlo represented the husband in a divorce matter. The husband had not had communication with his wife in over a year and was unsure where she was living.

Prior to our engagement, the husband’s divorce application had been adjourned on numerous occasions due to failure to comply with service obligations.

The wife had falsely presented herself online as living and working in Australia.

Ms Swiatlo assisted the client by providing the court with evidence that the wife did not work at the workplace she had presented online.

The court granted the divorce, dispensing with the need for the client to comply with the rule of personal service.

Father Secures Parenting Orders For Child To Live With Him

Our solicitor Emma Swiatlo represented a father who was seeking a DNA test of a child, as the child’s birth certificate identified another man as the father.

The mother had issues of ice dependence and was unable to properly care for the child. The father needed to make an urgent application for parenting orders to avoid the Department of Health and Human Services filing proceedings in the Children's Court.

Ms Swiatlo assisted the father in successfully obtaining court orders for a DNA test proving his parentage and parenting orders for the child to live with him.

by D Cooper via Google
Professional, courteous, diligent and above all patient! Could not fault. Always had my best interests at heart.genuinely felt they were doing their very best to achieve the highest possible outcome for me. A happy customer.
★★★★★

by Jeffrey C. via Google
I could not be more pleased with the support and legal representation I received from Tara. She was wonderful. My result at court was exceptional and delighted us all, the matter was totally dismissed without any penalty thanks to Tara. Thank You again Jeff
★★★★★