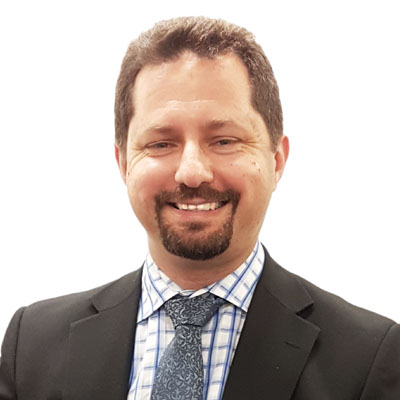 Jack was admitted as a Solicitor and Barrister of the Supreme Court of New South Wales in 2003 and of the High Court of Australia in 2008. He has practised almost exclusively in the area of criminal law throughout his career with extensive experience in handling very serious and complex matters as well as more minor matters. Jack also has experience in family law, civil law, and sports law.

Jack initially joined Go To Court Lawyers as our NSW State Manager and Criminal and Traffic Law Supervisor. Within a short period of time with the firm, and with Jack’s valuable assistance, the Go To Court NSW team doubled the number of state offices and staff.

As the Special Counsel at Go To Court Lawyers, Jack considers himself blessed to lead such a dedicated and wonderful team, and to be able to impart his wealth of knowledge and experience by overseeing and mentoring a large number of professional staff across NSW and other states where required.

Client Discharged For Over 10,000 Nuisance Calls

Our Special Counsel and Accredited Criminal Law Specialist Mr Jack Leitner represented a 60-year-old man charged with an offence of Use Carriage Service to Menace/Harass/Offend.

The police alleged that the client had made over 10,000 nuisance calls to police various Police Stations and the Police Assistance Line over a 16 month period. Despite the lengthy period of time over which these calls took place, the police ultimately charged our client.

The client suffered from dementia. Following careful examination of his case, expert medical reports were obtained and an application was made to have the charge dismissed and the client diverted into the care of his medical professionals. Despite opposition by the Police to the application, it was granted.

This outcome was achieved by identifying the key issues in our client’s case from the outset and then developing strategies to help prepare a persuasive application which was later granted by the court.

The case was reported on A Current Affair.

No Case to Answer for Intentionally Choke Person Without Consent

Our Special Counsel and Accredited Criminal Law Specialist Mr Jack Leitner represented a 59-year-old man charged with Intentionally Choke Person Without Consent. The police alleged that following an argument with his wife, our client grabbed his wife by the neck and choked her in the process of doing so.

Following a careful examination of the case against the client, Mr Leitner found significant implausibilities in the alleged victim’s account. He then made representations to the NSW Police seeking that this charge be withdrawn. As it was a domestic violence matter, the police refused to drop the charge and the matter proceeded to a defended hearing.

Prosecution witnesses, including the alleged victim in the matter, were meticulously cross-examined by Mr Leitner and the inherent implausibilities in the case were highlighted. At the end of the prosecution case, Mr Leitner made submissions that the police had not made out a ‘prima facie’ case and that the client had no case to answer. After considering the evidence before the court, the Magistrate agreed and found that the police had not established a case to answer and the charge against our client was dismissed.

By identifying the inherent weaknesses of the case and by meticulous cross-examination of witnesses, we were able to have the case against our client dismissed without our client having to answer a case in court.

The police alleged that following an argument with an Uber driver, our client punched the man in the face causing bruising and swelling. The client denied any wrongdoing and engaged Mr Leitner to act on his behalf.

Following careful preparation of the client’s case, Mr Leitner was able to discredit the evidence of a senior police officer as well as the alleged victim in the matter, notwithstanding the police producing photographs of the alleged victim’s injuries as part of the case against our client. This resulted in the Magistrate acquitting our client of the offence.

This case demonstrates the importance of not only seeking expert legal advice as soon as possible when facing potential criminal charges but also how a carefully and tactically well-prepared case can result in serious allegations being properly tested and discredited in court.