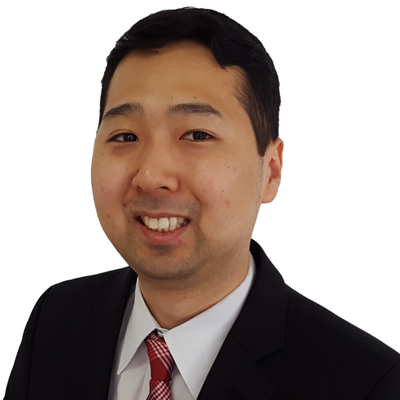 Jemin was admitted as a Lawyer to the Supreme Court of Western Australia in August 2013 and has experience in civil and commercial law. He regularly appears in various courts and tribunals in Western Australia.

In his free time, Jemin enjoys travelling and playing sport – in particular, he enjoys tennis.

Our solicitor, Jemin Jo, represented a man in his late 20s in a District Court Sentencing matter, where the client pleaded guilty to a number of indictable offences, including Attempted Armed Robbery.

Armed Robbery, whether attempted or completed, is amongst the most serious offences that can be committed and is subject to a maximum sentence of 14 years imprisonment.

As part of his written and oral submissions, Mr Jo was able to bring to light, amongst other things, the offender’s personal circumstances which were significantly mitigatory and as a result was able to limit the man’s sentence to a term of imprisonment of three years to be served immediately.

Our solicitor Jemin Jo represented a man in his 60s in a District Court sentencing hearing. The man pleaded guilty to possessing an indictable amount of cannabis with intent to sell or supply.

Ordinarily, offences involving an indictable amount of drugs are penalised with a term of immediate imprisonment as the primary sentencing principle is general deterrence – the need to send a message to the public that such offences will not be tolerated or accepted.

However, as part of his written and oral submissions, Mr. Jo was able to present to the court exceptional circumstances including the man’s relatively advanced age and the fact that he had two dependents. As a result, the man was sentenced to nine months imprisonment suspended for 12 months with programming and supervision requirements and a fine.

Our solicitor Jemin Jo represented a middle-aged couple who were embroiled in a long civil litigation matter against a real estate agent and several of its employees for, amongst other things, misleading and deceptive conduct.

With our representation, the couple was able to resolve the dispute on favourable terms and the matter was resolved without going to trial.

This case illustrates the importance of knowledge of the civil litigation process, negotiation skills and the value of a solicitor like Jemin Jo in reaching a favourable outcome for clients. The settlement resulted in significant cost savings for the couple and avoided the risk of having to pay the other party’s costs in the event that the couple was unsuccessful at trial.

Despite written submissions being made to the prosecution to discontinue the charge,  the matter was set down for trial.

Upon receiving the brief of evidence, Mr Jo assessed that there was insufficient evidence to convict the accused of AOBH. However, there was relatively strong evidence that an offence of common assault was committed.

This case illustrates the importance of trial preparatory and negotiation skills and the value of a solicitor like Jemin Jo in reaching favourable plea negotiations. This eliminated any risk of the man being found guilty of AOBH at the trial.

Our solicitor Jemin Jo represented a man in his late 20s in a District Court sentencing hearing, where the client pleaded guilty to a charge of Aggravated Grievous Bodily Harm.

Ordinarily, grievous bodily harm offences, particularly those of a domestic violence nature, are penalized with an immediate term of imprisonment.

However, as part of his submissions, Mr. Jo was able to present to the court numerous mitigating factors including the man’s personal circumstance, the steps he had taken to address his anger management problems and his prior good character. With the benefit of a favourable pre-sentence report and a psychological report, the Judge sentenced the man to a term of imprisonment for 13 months but suspended the term for a period of 18 months with supervision requirements.

by Anthony I. via Google
Excellent service. Got good advice from Jemin Jo, would use him again 👍🏻
★★★★★

by R. Cattach via Google
Met with Jemin Jo and was so impressed. He was able to give me some great advice. I went into the meeting unsure of where I stood legally but left the meeting feeling a lot more confident with the situation I was facing and felt like everything was going to be okay. If I need to take further legal action, then Jemin will be the lawyer I will be calling on.
★★★★★

by C. Smith via Google
Jemin Jo has been very professional from the start
★★★★★

by G. Wager via Google
A very positive feedback for the excellent advice and help we got from Jemin Jo a couple month back. So far it seems the problems are solved. Many thanks!
★★★★★