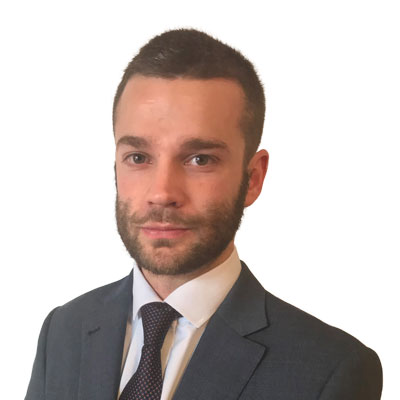 Nick completed a Juris Doctor degree at the University of Technology Sydney (UTS), a Bachelor of Arts at Sydney University, and received a University Certificate in Workplace Essentials at Charles Sturt University. He subsequently completed his Graduate Diploma in Legal Practice, also from UTS.

Nick is admitted to practice in the Supreme Court of New South Wales and is also admitted as a solicitor to the High Court of Australia. Nick regularly takes carriage of matters in the Local Court, District Court, and Supreme Court of NSW. Nick’s experience also extends to conducting matters before tribunals such as the NSW Civil and Administrative Tribunal (NCAT).

He has two main areas of practice about which he is very passionate – Commercial Dispute Resolution and Litigation, and Criminal Law. He has also dealt with civil law matters, traffic offences, and represented clients facing DUI charges.

As an advocate in court, or during negotiations between parties, Nick remains committed to his clients until the resolution of their matter; he communicates effectively and provides an exceptional level of representation to every client he represents. He promotes confidence in the courtroom and believes in the efficacy of the legal system when strong advocacy skills are brought to bear.

Outside of work, Nick leads an active lifestyle and enjoys spending time with friends and family. With an interest in Fine Arts, he also spends time frequenting art galleries. Nick has also earned a black belt in karate and continues to train in that sport when time allows.

In the future, Nicholas hopes to complete a Masters degree and continue his outstanding law career as an advocate for justice.

Our solicitor Nicholas Hardy-Clements represented a 53-year-old woman at Manly Local Court in respect of numerous charges of Stalk or Intimidate Intending to Cause Fear of Physical or Mental Harm and Use Postal/Similar Service to Menace/Harass/Offend.

The case involved allegations of serious repeated long-term intimidation and menacing communications and letters/packages sent to the victim by our client via email and post.

After review of the client’s case, an expert medical report was obtained and an application was made for the charges to be dismissed with the client to be discharged and diverted under State and Commonwealth mental health provisions.

This result was achieved by weeks of preparation which included multiple court appearances, obtaining an excellent expert report and other material which supported our comprehensive oral submissions.

This case illustrates the importance of high quality court advocacy, hard work, attention to detail and experience in making difficult and often complex applications in order to obtain the best possible outcomes for our clients.

Retainer Between Solicitor and Client Unenforceable

Our solicitor Nicholas Hardy-Clements represented a middle-aged man in the NSW Supreme Court Equity Division in relation to proceedings brought against him by his former solicitor as a result of a complex contractual dispute.

The dispute involved the principal solicitor of a Sydney law firm seeking to establish the validity and enforceability of multiple equitable charges he obtained over our client’s his parents’ properties as security for his fees for acting for our client in his family law proceedings.

In essence, the principal solicitor’s claim against our client filed in the proceedings failed and Mr Hardy-Clements successfully defeated the Plaintiff Solicitor’s law suit.

In a lengthy 70-page judgment the court set a very strong precedent as to reasonableness of security of legal fees for solicitors in NSW, and arguably, in Australia.

The result was achieved through meticulous preparation, strong legal representation and fearless advocacy. Nicholas appeared as solicitor in the matter without the assistance of a barrister, and was not intimidated by the Plaintiff’s legal arsenal of a barrister and a solicitor for the Plaintiff and succeeded in obtaining an extremely good outcome for our client.

Our client was a young man in his 20’s who became involved in a sophisticated drug syndicate. In essence, he was delivering significant amounts of illicit substances in and around the Gosford region. After six months of careful surveillance by the NSW Police, undercover officers apprehended our client and laid a number of charges against him.

Specifically, our client was one of five people (four men and one woman) who were caught with more than $1.5 million worth of illegal drugs, including 30,000 ecstasy pills and 1.5 tonnes of precursor chemicals. The case still constitutes one of the biggest police stings "on the Central Coast in living memory." Between all five individuals, there were 13 charges of supplying large commercial quantities of an illicit substance, with each charge carrying a maximum sentence of life imprisonment.

Immediately after our client’s arrest, our office immediately contacted the NSW Police. As a result of this contact, evidence connected with the matter was provided directly to our office, for our lawyers to scrutinize.

After reviewing the evidence, negotiations were entered with the Director of Public Prosecutions for the majority of our client’s charges to be withdrawn. Our client pleaded guilty to two charges, one of which carried life imprisonment as a maximum penalty.

The matter involved long and complicated sentencing court processes throughout the course of the matter. However, under the direction of our Accredited Criminal Law Specialist, Jack Leitner, our lawyers provided high-quality representation in both the Local and District Court of NSW.

Our client’s sentencing exercise unfolded over multiple days in the NSW District Court, during which Counsel for each of the four co-offenders put forward complex written submissions. Each case required extensive preparation, with Nicholas Hardy-Clements and Counsel also putting forward lengthy written submissions for our client, as well as character evidence and other relevant material supporting our client’s mitigating circumstances. Instead of a potential life sentence, our client was eventually sentenced to a non-parole period of 4 ½ years imprisonment, which was a significantly lesser sentence than his co-offenders received.

Overall, this case highlights the importance of having a team of dedicated experts looking after your case. No matter how big or small your case, we have the resources, expertise and experience to achieve the best possible outcome for you.