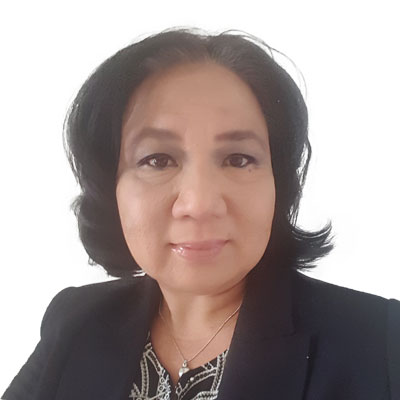 Abigail Valenzuela holds a Master of Economics (Efficiency and Productivity Analysis) from the University of New England and a Master of Applied Law 2019 (Business Law and Transactions) from the College of Law.

Before being admitted as solicitor, Abigail was well-regarded by customers and employers in the telecommunications and banking industries as a complaints and risk officer. She later lectured in business and taxation law at ATMC Sydney of the Federation University.

Before migrating to Australia in 2000, Abigail was a lecturer and head of school at universities in the Philippines. She has volunteered as a solicitor at Australian pro bono legal centres to help in matters of immigration, family, finance, property, injury and employment to new migrants and indigents of Australia.

by Murray R. via Google
A good experience, took the time to explain my options and bullet pointed an action plan. Was able to converse in language I understood.
★★★★★

by K. Kobbe via Google
Frank, to the point, efficient, objective advice, provided examples to underpin the argument. Thank you guys.