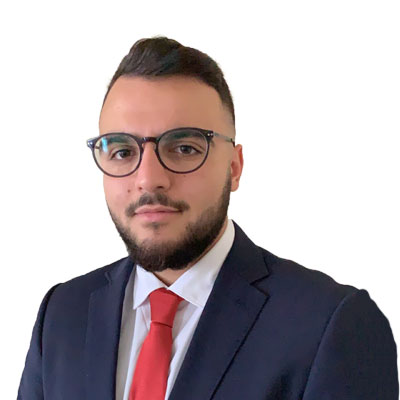 Adam Elbob holds a Bachelor of Laws and Bachelor of Arts majoring in Criminology and minoring in Policy Studies. He completed his Practical Legal Training at the College of Law.

Adam is admitted to practise law in the Supreme Court of Victoria. Adam brings with him an array of experience in legal practice having been involved with community legal centres and private practice.

Adam joined GTC lawyers as a volunteer and has ambitiously progressed to his current role as a Solicitor. Adam strives to provide the highest quality of legal advice to clients, in a timely manner whilst ensuring both a positive outcome and a pleasant experience.

Adam has strong interests in criminal law and civil litigation.

When he is not absorbed in work or study, Adam enjoys travelling and going to the gym.

Debt Written Off and Caveat Removed

Our solicitor Mr Elbob represented an elderly mother, who had unknowingly fallen victim to identity theft committed by her estranged son.

The client's son had used her identification documents for the purposes of obtaining a loan in the sum of $87,278. Our client became aware of the loan amount when she attempted to sell her property and became aware that a caveat had been registered over the property. The caveat was registered by way of a charge contained in an agreement purporting to be with our client which had in fact been executed by her estranged son.

Mr Elbob corresponded with the Lender to convey that its lending obligations had been breached, by the failure to take the appropriate steps to verify the borrower's identity and authority before executing the agreement and registering the caveat. Mr Elbob reminded the lender of its obligations, namely as follows:

Our office demanded the lender provide any said documents they utilised in providing the loan agreement, to undertake to arrange for the caveat to be removed from the title of the Property and for the loan agreement to be declared void.

Our representation resulted in the Lender declaring the loan agreement to be void and the debt owed by our client to be written off. The lender also provided confirmation that the caveat registered to the property had been released.

This case illustrates the importance of quality representation and the value of a solicitor like Mr Elbob who will take the time to carefully research and analyse the operating facts of a case in order to reach his clients' desired outcomes.

Adjourned Undertaking Without Conviction For Assault on Partner

Our solicitor Adam Elbob represented a 40-year-old male at the Werribee Magistrates’ Court in relation to a charge of recklessly causing injury and a charge of unlawful assault.

The case involved an offence committed by our client following a series of disputes with his fiancé whilst under the influence of alcohol. The client engaged in an altercation with his fiancé and was alleged to have injured his fiancé.

Our client was 40 when he committed the offence and had no prior criminal history.

Our representation resulted in the court imposing a 12 month Adjourned Undertaking without conviction. The undertaking required our client to continue treatment with his Mental Health Professional and complete the Men's Behaviour Change Program.

That result was achieved by preparing the case thoroughly.  Mr Elbob paid careful attention to our client's version of events and identified that the elements of the charge of recklessly causing injury could not be established beyond all reasonable doubt. This resulted in  Prosecution agreeing to withdraw the charge on a plea of guilty to the lesser charge of unlawful assault. Mr Elbob further negotiated for the agreed statement of facts to be heavily amended in order to remove all references to factors previously alleged by Police Prosecutions that were not relevant to the proceeding charge.

Mr Elbob paid careful attention to the client’s personal circumstances and collected evidence in support of the case that he was an otherwise good person. We relied on the facts presented and were successful in presenting to the court that our client was remorseful for his actions and had taken considerable steps since the offending to ensure no further repeat of the behaviour.

This case illustrates the importance of quality representation and the value of a solicitor like Adam Elbob who is dedicated to his clients, and will work hard to ensure their case is prepared and presented in a way that ensures the court gives full effect to every factor in the client’s favour.

by Jarrod Evans via Google
Very polite and accessible. Followed up quickly to email requests as well. I would use again.
★★★★★

by K. Kobbe via Google
Frank, to the point, efficient, objective advice, provided examples to underpin the argument. Thank you guys.