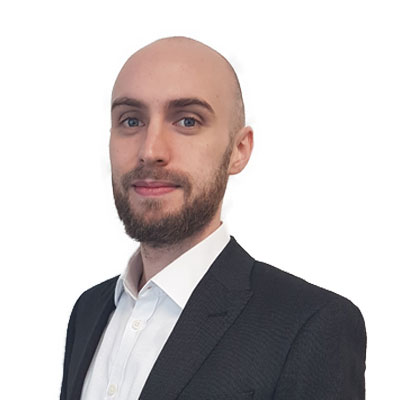 Carl undertook his Bachelor of Laws at Monash University before moving on to complete his practical legal training at Leo Cussen Centre For Law, where he also completed an Advocacy Program.

Carl practices predominantly in family law and civil law as well as criminal law and understands the different challenges his clients face in each area. He knows how challenging it is to engage with the legal process and the importance of making sure his clients are fully informed throughout each stage of their matter.

Carl has a passion for developing practical solutions to his client’s problems in order to achieve real-world outcomes. He prides himself on thinking outside of the box when it comes to finding solutions to intractable legal problems.

In February 2018, Carl Paterson Finch appeared in the Broadmeadows Magistrates’ Court to represent a 54 year old woman who had over $26,000 in outstanding motor vehicle fines.

The client’s partner had convinced her to register his motor vehicle in her name. Over approximately four years, the partner had  incurred fines on the motor vehicle in excess of $26,000. The woman had made numerous attempts to nominate her partner as the driver but his emotional abuse of her at the time resulted in her eventually accepting responsibility for the fines.

The couple had since greatly improved their lives and were in a far better place, however it was now too late for the woman to nominate her partner as the driver of the motor vehicle and the maximum penalty for non-payment of the fines was a term of over 165 days imprisonment.

Carl managed to persuade the Court to reduce the fines to only $2,500. Our client was left in a position where she could avoid any term of imprisonment, provided that she met the repayments of $50 per month.

This case illustrates the importance of quality representation and the value of a solicitor like Carl Paterson Finch who understands the importance of being preparing and taking the time to get to know each individual client and their situation.

Our solicitor Carl Paterson Finch represented a 43 year old male at Heidelberg Magistrates Court who was charged with careless driving.

The case involved our client who fell into a ‘microsleep’ while driving and collided with a tram. Luckily, no one was injured and the only damage caused was to our client’s vehicle.

Our client runs his own business and is the sole bread-winner for his young family. If found guilty of the charge, he would have lost his licence due to an accumulation of demerit points. This would have had a devastating impact on his entire family. After making legal submissions to the Prosecution, they agreed to withdraw the charge against our client. This meant that our client was able to keep his licence and continue to work to support his family.

That result was achieved by the combination of solicitor experience, detailed case preparation, and the determination of every member of our criminal law team to fight for our clients. This case illustrates the importance of quality representation and the value of a solicitor like Carl Paterson Finch who will fight for the best outcome for his clients.

by Andrew P. via Google
Carl Paterson Finch is a great chap.
★★★★★

by Lorraine T. via Google
Carl explained things very clearly and gave us the information we needed in regard to the upcoming court case for Scott.
★★★★★

by Frank S. via Google
Carl was very professional and helpful. He suggested an action plan that I am happy with and I have decided to go with his suggestions. I'm very happy with your recommendation.
★★★★★

by Jim M. via Google
I found the staff very helpful and my lawyer Carl Finch to be very thorough and professional. I also found the costs to be very reasonable and very competitive. I have no hesitation in recommending Go To court Lawyers to anyone in need of legal advice and representation. I will be definitely but coming back when and if the need arises.
★★★★★

by S. Kay via Google
Carl was a great help in representing me. He was thorough and clear in his communication and showed a high level of professionalism throughout our time together.
★★★★★

by Charlie B. via Google
Excellent!! Carl has been very thorough and quick to act/respond. He arranged a meeting in record time and sorted out everything, highly recommend this Company and in particular Carl's services.