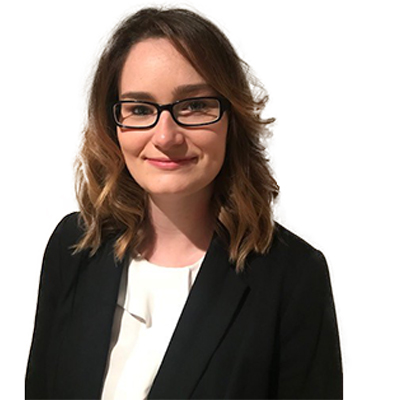 Deike Kemper holds a Juris Doctor (Master of Laws degree) from Monash University. She also holds a Graduate Diploma of Legal Practice from the College of Law and is admitted as a Lawyer to the Supreme Court of Victoria and the High Court of Australia.

Deike’s main area of practice is immigration law, but she also has a passion for family law and criminal law. She also regularly assists clients with matters relating to outstanding infringements. Deike has assisted clients with a wide range of criminal charges, ranging from driving offences, assaults, thefts to child pornography and sex offences more generally. She is a keen, dedicated and hard-working lawyer who strives to achieve the best results possible for her clients. Deike is an exceptional professional, who has achieved many excellent results for her clients, as is evident from testimonials. She began her career at GTC Lawyers as a solicitor and has demonstrated her tireless commitment to achieving great results for her clients ever since.

When she is not working, Deike enjoys cooking, baking and painting as well as walking her dog.

Charges Withdrawn and Costs Order Made in Client's Favour

Our solicitor Ms Kemper made a number of appearance on behalf of a male in his 20s in the Sunshine Magistrates Court on charges of property damage, stalking and harassment, all alleged to have occurred in a family violence context.

From the start of proceedings in July 2019 the charges were contested. Through a number of appearances and written negotiations with the prosecution, the matter was ultimately listed for a hearing in March 2020. The day prior to the hearing, the prosecution offered the withdrawal of all charges against the client.

Further negotiations on the day of the Contested Hearing resulted in Prosecution also offering a costs order to cover some of the legal expenses the client had incurred.

This case shows the value of maintaining your innocence, despite the incurrence of legal fees in the process. The assistance of Ms Kemper and her team enabled the matter’s resolution through the exploration of legal principles, strategic communications with Prosecution and persistence.

Our solicitor Ms Kemper represented a male in his 20s in the Dandenong Magistrates Court on high range drink driving charges. The client insisted that he had not been the driver of the vehicle.

After reviewing the circumstances of the matter, in conjunction with the relevant procedural and legislative principles, Ms Kemper was able to argue that Victoria Police did not have sufficient evidence and thus lacked the authority to have conducted the Preliminary Breath Test.

After one court appearance and a number of emails to Prosecution, Ms Kemper was offered the withdrawal of all charges and the reinstatement of her client’s full driver’s licence.

Ms Kemper’s understanding of technical procedural rules surrounding the obtaining of an evidentiary breath test for the purposes of drink driving offences was key to achieving this result.

Our solicitor Ms Kemper represented a male in his 50s at the Ringwood Magistrates’ Court for a number of alleged thefts.

The client denied the offending so Ms Kemper conducted a thorough review of CCTV footage as well as the collated Brief of Evidence. Ms Kemper was able to point to a number of irregularities and discrepancies within the Brief of Evidence and pointed out a significant lack of evidence to support the elements of the alleged theft charges.

The police offered the client the opportunity of having the matter dealt with by diversion but the client instructed us to pursue the withdrawal of all charges.

Ultimately, as a result of detailed analysis of the CCTV footage and Ms Kemper’s detailed submissions to prosecution, the prosecution agreed to the withdrawal of all the charges.

This case shows the value of having a legal professional like Ms Kemper to conduct a thorough review of all the evidence relied upon by Victoria Police.

Our solicitor Ms Kemper made an appearance on behalf of a male in his 20s in the Broadmeadows  Magistrates Court for charges of recklessly causing injury and aggravated assault, in a family violence contest. The maximum penalties for these charges included up to five years imprisonment.

The accused had no priors and vehemently denied the allegations. However, having struggled to finance the appearance, he was keen to have the matter finalised on the day to avoid incurring additional legal fees. Following a review of the matter, it was advised that the charges be contested and thus adjourned, following conferencing with prosecution. The client ultimately agreed to this.

Whilst the client did incur additional legal fees beyond those of the first appearance, he avoided a criminal record and the risk of a jail term. This matter shows that it is worthwhile investing in quality representation from the start to ensure the best outcome is achieved.

Our solicitor Ms Deike Kemper represented a 45-year-old male at the Moorabbin Magistrates’ Court on 13 February 2020 in relation to criminal charges for the possession of Child Exploitation Material, namely Child Pornography images and videos.

The case involved unusual circumstances, where after the client lost a phone at a shopping centre, the police became involved because the store manager observed offensive material on the phone. Following an investigation, our client was charged with possession of 32 files across all categories of child abuse material.

Ms Kemper commenced negotiations with Prosecution and was able to get the alleged quantity and categories reduced significantly to 9 files of Category 1, which is the lowest level category of child abuse material. This reduction ultimately enabled the client to be within range for a non-custodial penalty, which would not have been a possibility had the charge proceeded on the initial allegations.

The maximum penalty for this offence 10 years imprisonment. The client was at a significant risk of a term of imprisonment given the nature of the charges, being an illegal billion-dollar international business based on the exploitation of vulnerable members of our communities.

At the initial hearing, the court indicated a clear intention to sentence the male to a term of imprisonment. We were able to adjourn the matter for a period of two weeks, to not only allow the court to consider the material handed up, but also to prepare further submissions.

On the next occasion, the court sentenced the client to a therapy-only Community Corrections Order. This is an unusual and excellent result, not only in the sense that a term of imprisonment was avoided but also in the sense that no punitive unpaid community work condition was imposed.

That result was achieved by the thorough preparation of the matter in negotiations with Prosecution, but also through the adaptive understanding of the court’s view, position and applicable sentencing principles, so as to address the court’s concerns.

This case illustrates the importance of quality representation and the value of a solicitor like Ms Deike Kemper.

by Harley Q. via Google
To the staff at go to court lawyers, specifically Deike and Stephanie for all their hard work and support during a very difficult time, they made everything so painless and took care of everything. I cannot recommend the girls more highly. When my stress hit peak, and I emailed Deike in a panic, her caring nature genuinely came through and I never felt like I was another number or not important, she knew how scared I was and I'm grateful to her for those emails reassuring me and guiding me. The personal touches are what makes these two lawyers amazing. Thank you again for all your hard work and a good outcome for me, it will never be forgotten what you both did.
★★★★★

by Brenda M. via Google
Communication was great from start to finish. I cannot fault them in any way, the only solicitor to go above and beyond. I would recommend anyone to use this firm, incredible. Such professionalism, they are right on top of getting you JUSTICE, not stealing your money like all of the others. They know their law, they show it in court and they advise you every step of the way, your never in the dark. I wish we had of found you before wasting money on countless other solicitors. You're only as good as your solicitor, that's the best advice I can give anyone. They have given so much of our life back, we were going to give up, we thought we had lost, then we found them, how lucky were we. Thank you so much.