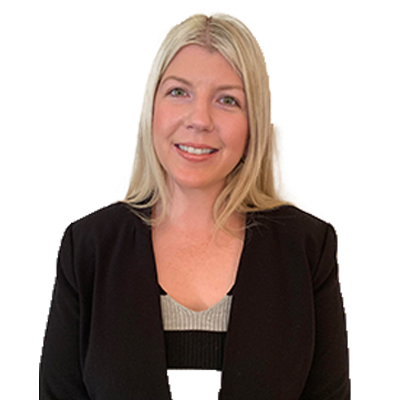 Jacinda was admitted to practice in New South Wales in 2016. She is currently completing a Master of Laws at the University of New England with a major in Criminal Law.

Jacinda’s experience is broad across a number of legal areas, however she has particular interests in Civil and Criminal Law.

In her spare time, she enjoys skiing and attending art galleries.

Out Of Court Settlement Achieved in Client's Favour

Our solicitor Jacinda Casson assisted a business owner with a claim against a world-renowned company. The case involved the company negligently providing our client’s business telephone number in a mass mailout sent to its customers following the suspension and cancellation of services due to COVID-19.

As a result of the company's actions, our client received multiple calls on a daily basis which severely impacted his business. We sent a letter of demand to the company and successfully settled the client’s matter out of court for a settlement sum to be paid to our client.

That result was achieved by preparing the case thoroughly.  We paid careful attention to our client’s circumstances and the circumstances surrounding the negligent by the company. We took the time to prepare our case in close connection with the client prior to the matter being resolved.

Our solicitor Jacinda Casson assisted a woman who had been in business for over ten years on the Central Coast in New South Wales. The woman ran a pet crematorium business and had contacted Ms Casson in relation to a competitor in the area using advertising which was similar to the advertising her business had used for over a decade.

Ms Casson corresponded with the other party and succeeded in getting her to agree to remove the misleading advertising by substantially changing the nature of the advertising.

That result was achieved by preparing the case thoroughly.  We paid careful attention to our client’s circumstances and the nature of the client’s business and the competitor’s advertising.

Our solicitor Jacinda Casson represented an 18-year-old woman at the Bankstown Local Court on 10 December 2019 in relation to an appeal against the Department of Roads and Maritime Services' decision to suspend her driver's licence for a further period of three months.

The case involved an offence of Exceed Speed Limit by more than 30KMH but not more than 45KMH whilst driving a motor vehicle. If the appeal was unsuccessful, the client faced losing her licence for a further period of 3 months.

Our representation resulted in the appeal being upheld.

Our solicitor Jacinda Casson represented a 36-year-old woman on multiple allegations of inappropriate discipline of children and inappropriate behaviour in the workplace.

The client faced losing her childcare education licence and possible imprisonment. Our representation resulted in the matter being finalised by way of a Good Behaviour Bond.  The Department of Education placed the client on probation for a period. She was able to retain her Childcare Licence.

That result was achieved by preparing the case thoroughly.  We paid careful attention to the client’s personal circumstances and the circumstances surrounding each allegation. We took the time to prepare our case in close connection with the client prior to the formal investigation meeting conducted by the Department of Education.

by Jodie K. via Google
I contacted go to court lawyers for a second opinion and was overwhelmed with the help and support I received from the beautiful lady that answered the phone to the lawyer that I met with very highly recommend
★★★★★

by Andi S. via Google
Open, Honest. I felt so comfortable their presence. Can't recommend enough.