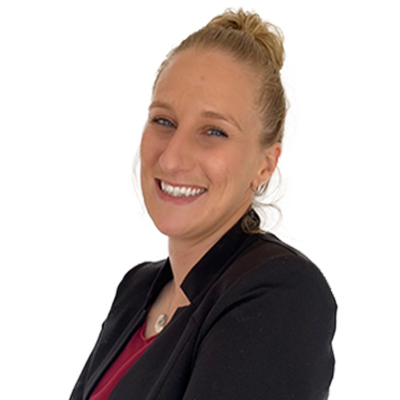 Lisa Riley holds a Bachelor of Laws from Murdoch University and a Graduate Diploma in Legal Practice from the College of Law. She was admitted in the Supreme Court of Western Australia in 2018. She also holds a Graduate Diploma in Counselling with advanced majors in Addiction and Effective Parenting from the Australian Institute of Professional Counsellors.

During law school, Lisa wrote a parliamentary submission on Domestic Violence and received a personal response from the Premier, commending her on her willingness to advocate for vulnerable people.

Lisa has experience in Personal Injury law, Workers Compensation, Will, Estates and Trusts and also has a keen interest in Mediation, Arbitration and Dispute Resolution.

Outside of work, Lisa enjoys fishing, camping and outdoor sports.

Our solicitor Lisa Riley appeared in the Joondalup Magistrates Court in a sentencing matter for a client charged with 26 counts of stealing from his employer. The maximum penalty for each of these offences is a fine of $24,000.00 and a period of imprisonment for two years.

Ms Riley engaged the client in Victim/Offender Mediation so that he could apologise to the victim and pay reparation prior to sentencing. She also ordered a Psychological and Pre-Sentence Report prior to sentencing to demonstrate the underlying factors which had caused the offending behaviour.

Ms Riley informed the client that he should engage in Drug and Alcohol Counselling and make contact with his GP to address and eliminate each of the underlying causes of the offending behaviour so that by the time he got to sentencing we could use each of these as strong mitigatory factors.

The Magistrate informed the client that she was minded to impose a term of seven months immediate imprisonment for the offences but due to Ms Riley's submissions and the fact that the Prosecution was not opposed to the term being suspended, ordered its immediate suspension. The client's sentence was 10 months imprisonment, fully suspended with no conditions imposed and no fine ordered.

Ms Riley succeeded in negotiating with the prosecution for the charge to be downgraded to a charge of assault occasioning bodily harm and for the statement of facts to be amended accordingly. The maximum fine for the lesser offence is $24,000.

Ms Riley signed the client up for Victim/Offender Mediation and through engagement with this service was able to obtain a favourable report for the client which showed contrition and remorse. Taking into account Ms Riley's written sentencing submissions, the Victim/ Offender Mediation Report, character references and oral submissions made in court, the Magistrate sentenced the client to a fine of $3,000 to be paid to the victim and court costs of $225. The court also ordered a Spent Conviction.

The client pleaded guilty to the offence, which carries a maximum summary penalty of a fine of $12,000 or imprisonment for 12 months.

As a result of Ms Riley's representation, the client was sentenced to a fine of $400. The court also agreed to order a spent conviction, meaning the client does not have a criminal record that requires disclosure.

Our solicitor Lisa Riley was approached by a client wanting assistance obtaining a Grant of Probate.

The client was the Executor in a friend's Will and she needed the Grant of Probate to administer the estate of the deceased. The client had no idea where to start or how to go about obtaining the grant. Ms Riley was able to take that stress off the client so she was able to grieve.

The Probate was granted within 14 days. The client sent Ms Riley a bunch of flowers and a thank you card stating “there is nothing more beautiful than the gift of someone beautiful being there for you at the time you needed them the most.'

On 30 April 2020 our solicitor Lisa Riley represented a man charged with two counts of  Assault Occasioning Bodily Harm, one count of Disorderly Conduct and one count of Re-Enter Licensed Premises within 24hrs of being asked to leave. The matter was dealt with in the Perth Magistrates Court.

Ms Riley successfully negotiated the amendment of the Statement of Material Facts in the client's favour. The Statement of Material Facts had originally made reference to the higher offence of Grievous Bodily Harm. By having the facts amended the client was placed in a much better position. The client underwent victim/offender mediation and provided four character references to Ms Riley. as well as letters from his GP.

At the sentencing hearing, the prosecution sought that a term of immediate imprisonment be imposed. The Magistrate stated that he was minded to impose a term of immediate imprisonment. However, after considering the Statement of Material Facts as well as the other material before the court, including the Pre-Sentence Report, the Victim-Offender Mediation Report, Ms Riley's written Sentencing Submissions, the character references and the letters from the client's doctor, the Magistrate imposed a ten-month Conditional Suspended Imprisonment Order with conditions that the client be subject to supervision and complete programmes. The Magistrate also imposed a fine of $600.00 with further court costs of $225.90.

by A. Pearson via Google
Great staff who are very helpful and friendly, especially when dealing with sensitive matters. Highly recommend
★★★★★

by Rodney C. via Google
Easy to deal with and expert advice. Made my first court experience easy and straight forward. I would certainly use Go to court lawyers again.

by Kylie W. via Google
Brianna was amazing, so happy with the outcome. Can't thank her enough
★★★★★

by S. Sarkar via Google
Had a great experience, pleasure to deal with Chad. He was professional, courteous and helped me out with my problem at work. Definitely would recommend. 5 stars.
★★★★★

by Martin S. via Google
Adrian, was very helpful, explained things that I needed to know (first time ever with a Lawyer) explained the process's, step by step and more than happy to continuing with his services and get my life back on track and the return of my sanity.
★★★★★

by H. Daved via Google
Nicole was great! She was respectful towards our situation and took the time to understand our complex situation and gave us helpful advice.