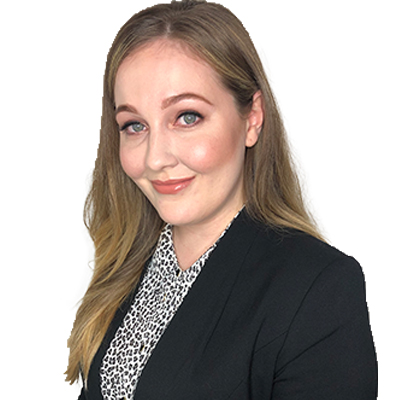 Rebecca Walker graduated from the University of Notre Dame in 2015 with a Bachelor of Laws and a Bachelor of Arts (Environmental Studies). During her time at University, Rebecca achieved first prize in the Trial Advocacy unit and represented her law school at Australasian competitions for mooting and trial advocacy.

In 2016, Rebecca completed her Graduate Diploma of Legal Practice at the College of Law in Perth and in September 2016, Rebecca was admitted to the Supreme Court of Western Australia.

Prior to joining the team at Go To Court Lawyers, Rebecca worked for a prestigious boutique law firm in Perth, specialising in family and criminal law.

Our solicitor Rebecca Walker represented a client in a parenting matter. The client was the mother of a three-year-old of whom she had full-time care.  The mother and child were closely bonded but the child also shared a positive and loving relationship with the father. The client wanted the father to spend more time with the child and contribute to parenting the child.

The client instructed Ms Walker to write to the father with proposed parenting arrangements, and then to represent the mother in the Family Court of WA after the father commenced proceedings seeking time with the child.

On the date of the First Return Hearing in the Family Court, the parties engaged in lengthy negotiations outside the courtroom and agreed to Final Orders for the child.  The Final Orders were drafted to increase the child’s time with the father over a period of months working towards the father having significant and substantial time.  Once the parties agreed to the Final Orders, Rebecca prepared hard copies for the parties to sign and hand up to the court on the day.  This meant that the parenting dispute was resolved and the court proceedings were dismissed.

This case is an example of what can be achieved when you have a practical and quick-thinking solicitor representing you.  Ms Walker’s negotiation skills and family law knowledge resulted in an agreement at the First Return Hearing, which is usually the first of many hearings and the beginning of lengthy Family Court proceedings.

Our solicitor Rebecca Walker represented a middle-aged woman in her Application for a Final Family Violence Restraining Order (FVRO).  The client and her husband had separated, and the separation had led to on-going incidents of domestic violence.

Instead of proceeding to a Magistrates Court trial, Rebecca proposed to the husband a Conduct Agreement Order (CAO).  A CAO is the name given to a FVRO that is made with the consent of both parties and does not require either party to make any admissions.  Importantly, the court will make a CAO without being satisfied that the FVRO is necessary.

After some negotiating, the husband agreed to the CAO.  The husband came to the view that the terms of the CAO would not restrict him in his everyday life, and he did not want to cause further grief to the wife by proceeding to trial.

As a result of Rebecca’s advice to the client, and her negotiations with the husband, the client received the protection she required, and the matter was finalised.

This case demonstrates the value of a solicitor like Rebecca in restraining order proceedings.  Rebecca’s experience and negotiation strategies resulted in the best possible outcome for this client.

Our solicitor Rebecca Walker represented a 70-year-old woman in relation to a matrimonial property matter.  The client and her husband had recently separated after being together for 50 years.

Rebecca personally met with the client who was seeking advice on how to divide the asset pool so that she and her ex-husband could move forward separately in life.   The only major assets were a small home, and modest superannuation.

As a result of Rebecca’s advice, the client met with her husband and together they came to an agreement.

Rebecca then prepared a Form 11 Application for Consent Orders containing the parties’ agreement and lodged this with the Family Court of WA.   The court approved the settlement, bringing an end to the parties’ financial relationship.

Our solicitor Rebecca Walker represented a 60-year-old woman in a Family Law Matter. The client had separated from her husband after 10 years of marriage.

The client's husband was represented by experienced legal counsel. After both parties got the foundations of their individual cases down in the Family Court of WA, they agreed to attend external mediation with an experienced mediator.

The parties spent 8 hours negotiating. Rebecca, the solicitor for the Husband, and the mediator, worked together to assist the parties. The parties eventually came to an agreement on the asset pool, understanding one another’s position at law, and signed Final Minute of Consent Orders.

The parties avoided having their matter proceed to trial, which would have cost them thousands in legal fees.

This case illustrates the value of having a practical solicitor like Rebecca Walker during mediation. Rebecca’s common-sense approach backed by her family law knowledge resulted in a final settlement and a satisfied client.

No Case to Answer & Costs Award in Assault Matter

Our solicitor Rebecca Walker represented a young, professional man facing one count of Common Assault in Circumstances of Aggravation. It was alleged by the complainant that when she was in a relationship with our client, he had assaulted her in public.

Rebecca was engaged to represent the client at trial.

At trial, Rebecca made a ‘No Case to Answer’ submission. A ‘No Case To Answer’ submission is successful where the prosecution’s case, taken at its highest, is insufficient to support a finding of guilt. Rebecca’s submission was grounded in the fact that the only two witnesses called by the Prosecution provided two completely different stories with zero similarities.

As a result of Rebecca’s submission, our client was acquitted of the charge and received a costs award of $8,000.

This case illustrates the value of a legal representation at a trial hearing. Rebecca’s criminal law knowledge and her strong advocacy skills led to an acquittal and a costs award which essentially returned all the funds our client had contributed towards his legal fees.

by H. Spider via Google
Talk about Serendipity! Couldn't have wished for a more helpful & motivated lawyer. Yes - peace of mind!
★★★★★

by Matthew M. via Google
My experience was a good one. Helped ease my mind and was very helpful.
★★★★★

by Martin S. via Google
Adrian, was very helpful, explained things that I needed to know (first time ever with a Lawyer) explained the process's, step by step and more than happy to continuing with his services and get my life back on track and the return of my sanity.
★★★★★

by Luke H. via Google
This was my first time needing a lawyer and was provided with an outstanding and amazingly professional one, Yasmin was too the point and very upfront about my circumstances, I was guilty and had no grounds for defence but she managed to work her magic and get me a minimal penalty in the way of a fine instead of spending time behind bars. Not only is she beautiful but her mannerisms and confidence was a huge relief for me to have by my side and fighting in my corner. Thankyou Yasmin for your efforts and time?
★★★★★

by S. Sarkar via Google
Had a great experience, pleasure to deal with Chad. He was professional, courteous and helped me out with my problem at work. Definitely would recommend. 5 stars.