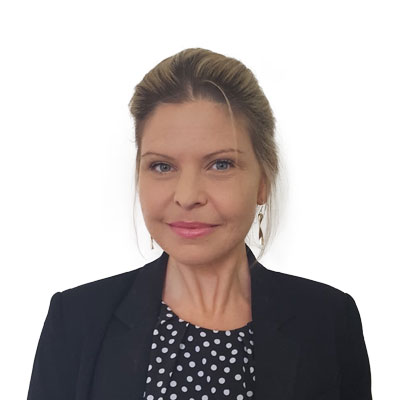 Susan Wild is a solicitor at the Edward Street office in Brisbane and has been a part of the team since September 2018.

Susan commenced in the legal Industry in 2001 as a paralegal and completed her legal studies in Sydney in 2011. Susan then practiced in a boutique Family Law firm in Sydney before relocating to Queensland in 2014 to advocate for victims of domestic violence and sexual abuse in the areas of family law, child protection and domestic violence.

In addition to providing legal advice and representation, Susan advocated for reform at a community and government level and addressed the Honourable Dame Quentin Bryce in respect of the Not Now Not Ever (Putting an End to Domestic and Family Violence) Report.

Susan is knowledgeable in both Queensland and New South Wales jurisdictions. With a primary focus on family law, Susan also has experience in criminal law, civil law, wills and estates and property law.

Our solicitor Susan Wild assisted a client who was seeking to change the surnames of three children.

The children wished to change their surname to that of their step-father and younger step-brother as they had been estranged for many years from their biological father who had been violent towards them and their mother.

The father contested the application and wished to cross-examine the children in court. Upon appearing at the hearing, Ms Wild was successful in obtaining the name change for the children without the need for them to go through the stress and difficulty of cross-examination.

‘I’d like to personally thank everyone that worked on my case and got us the desired outcome.  It means so much to us and we can’t express to you how grateful we all are.’

Children Returned From Afghanistan to Mother

Our solicitor Susan Wild assisted a client whose children had been removed by the father and taken to Afghanistan.

Ms Wild filed an urgent application in the family court and succeeded in placing the children on the Airport Watchlist. This notification would alert airport authorities should the father re-enter Australia with the children.

After unsuccessful negotiations and two years of jurisdictional difficulties and language barriers, Ms Wild was successful in an application to have the children returned to Australia.

by Jeffrey C. via Google
I could not be more pleased with the support and legal representation I received from Tara. She was wonderful. My result at court was exceptional and delighted us all, the matter was totally dismissed without any penalty thanks to Tara. Thank You again Jeff