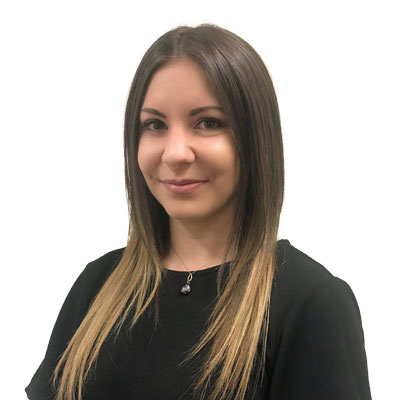 Vanessa holds a Bachelor of Laws from Western Sydney University and has completed a Graduate Diploma in Legal Practice from the College of Law. Vanessa is admitted as a lawyer in the Supreme Court of New South Wales.

Vanessa is experienced and passionate about criminal law, having worked previously with the Department of Justice in the Local Courts for a number of years. She understands the needs of clients, having previously built relationships with members of all parts of the justice system including Magistrates, court staff, prosecutors and solicitors.

Vanessa is also passionate about helping others and ensuring that the best possible outcome is achieved for her clients. She prides herself in being approachable, communicable and organised to ensure that the client is receiving the best possible support and advice for their matter.

Vanessa is also particularly interested in the areas of succession and family law.

In her spare time, Vanessa enjoys being outdoors, travelling and maintaining her health and fitness at the gym.

Our Solicitor, Vanessa Barnsley, represented a 54-year-old male who was served with an Application for an Apprehended Domestic Violence Order (ADVO) by his ex-partner.

The conditions of the ADVO sought were that our client could not assault, threaten, stalk, harass, intimate or destroy the complainant’s property, he could not approach or contact the complainant or go within 100m of where she lives. The complainant made a number of allegations to the police which were detailed in the Application.

Ms Barnsley successfully defended this Application through thorough cross-examination of the ex-partner who ultimately stated she did not fear for her safety from our client, rather she just didn’t want him to contact her to see their 10-year-old son.

After considering all the evidence before the court, the Magistrate was not satisfied that the ADVO should be put in place. The Application was dismissed, and all previous orders were discharged, which allowed our client to attend the former matrimonial home to see his son.

This result was achieved by preparing the case thoroughly and by effective cross-examination as well as oral submissions about the Application.

Our Solicitor, Vanessa Barnsley, represented a 21-year-old male who was charged with Organise, Promote or Take Part in Race Between Vehicles and Exceed Speed over 30km/h.

The Magistrate convicted the client and fined him $850. The client's licence was only disqualified for a period of two months, which was backdated to the day of the offence which allowed the client to re-commence driving once he left court.

The client avoided a maximum fine of $3,300.00 and a disqualification period of 12 months.

This case illustrates the importance of quality representation and the value of an advocate like Vanessa Barnsley who will ensure that your subjective factors are emphasised for consideration by the court.

Our solicitor, Vanessa Barnsley, represented a 26-year-old mother making a Recovery Order Application in the Federal Circuit Court of Australia.

The child had lived with the mother for her whole life up until December 2018 when the father decided to retain the child, enrol her in kindergarten in his area, and not allow the mother to spend any time with the child.

The father held concerns for the mother’s mental health following a negative post on social media. The mother was subsequently scheduled under the Mental Health Act, however, was discharged from the hospital a number of hours later as it was found she was not at risk of harming herself or others and had posted the status to seek attention.

After numerous attempts to have the child returned, Ms Barnsley filed an Urgent Recovery Order Application in the Federal Circuit Court of Australia, which was ultimately heard at Interim Hearing.

Ms Barnsley tendered Affidavits and made oral submissions at the Interim Hearing. She also tendered subpoena documents about the mother’s mental health and her progress and the Judge made Interim Orders that the child be returned to the mother,  and disenrolled from her current primary school and enrolled immediately in her local school near the mother’s residence.

The mother was extremely thankful for all our hard work in obtaining orders to provide the child with stability and routine.

Our Solicitor, Vanessa Barnsley, represented a 54-year-old male who was charged with Not Stopping at a Stop Sign. The client was on a good behaviour licence and had a lengthy traffic record including more than 10 speeding offences.

The matter was heard at Campbelltown Local Court and a plea of guilty was entered to the charge at the first instance. Ms Barnsley made lengthy submissions as to the client’s need for a licence and the detrimental impact an eight-month suspension from the RMS would have.

The Magistrate was persuaded not to convict the client and released him on a Conditional Release Order without conviction for a period of 15 months. This allowed the client to continue driving and no adverse effects on his good behaviour licence.

The charges had arisen after the client was approached by police while sitting in the passenger side of the vehicle. The client's friend had been the driver but did not speak good English and was not questioned by police.

If convicted of the offences, the client was facing a maximum penalty of 18 months imprisonment, a 3-year disqualification period and fines of up to $3,300.00 for refusing to submit to a breath analysis.

Ms Barnsley appealed the decision to immediately suspend the client's licence. She made submissions about the client's  exceptional circumstances, explaining that he required his licence as he was a construction work site supervisor who supervised  numerous job sites per day. It was also submitted that the client would be defending the charges and that the immediate suspension, if not lifted, would mean the client would be unable to drive for a long time as the hearing date would be at least four months off.

The magistrate found that there were exceptional circumstances, allowed the appeal, and the client was able to resume driving.

Representations were sent to police for the withdrawal of the charges of Refuse or Fail to Submit to Breath Analysis, Refuse or Fail to Submit to Breath Test and Not Use Right Change of Direction based on our instructions that our client was not the driver. We enclosed a statement from the friend who was driving at the time, which stated that the police did not investigate the matter appropriately.

Police agreed to withdraw the charges and the client proceeded to be sentenced for the charge of Responsible Custodian/Person Not Disclose Driver Details only. After hearing submissions, the court convicted the client and fined him $300.00.

The client  avoided jail and a 3-year licence disqualification.

by Grant Keyser via Google
My lawyer was great, very helpful
★★★★★

by Mark G. via Google
I needed a professional opinion on a personal matter. Quick, simple, satisfied.