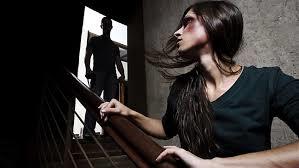 On 8 March 2015, the Western Australian Attorney-General, Michael Mischin, announced that WA would be introducing a new kind of restraining order; the Family Violence Restraining Order,  which will constitute an amendment to the Restraining Orders Act 1997.  A Bill has not yet been introduced however amendments to the legislation are expected to be implemented by the end of this year.

The move follows an almost 300% increase from 2004 to 2012  in the number of family violence-related orders sought in Western Australia and implements some of the recommendations made by the Law Reform Commission of Western Australia in its report entitled “Enhancing Family and Domestic Violence Orders”, published in June 2014.  In its terms of reference, the Commission was instructed to consider the benefits of separate family and domestic violence legislation, the utility and consequences of legislation for family and domestic violence restraining orders other than under the Restraining Orders Act 1997, and the provisions which should be included in legislation if it were to be developed.

A common submission made by interested parties to the WA Law Reform Commission was that family and domestic violence was often misunderstood by police and Magistrates, resulting in an inconsistency in decision making.  The significant increase in reported cases of family and domestic violence also meant that Court procedures and processes were under more strain, and efficient processes were necessary.

The Commission concluded that no separate family and domestic violence legislation should be enacted, however crucially, that “violence” in a family or domestic relationship can transcend physical violence and include other forms of social, economic and emotional abuse.  An amendment to the existing legislation was necessary to remove the inconsistencies and to identify more accurately what “family and domestic violence” is.

In the Government’s media release, Mr Mischin stated that the new Family Violence Protection Orders would “be a distinct third category of orders and will adopt a new modern definition of family violence, moving away from the concept of a victim having to provide evidence of an act of abuse towards behaviour intended to intimidate, coerce or control”.

When can a Family Violence Restraining Order be made?

Family Violence orders in other States and Territories