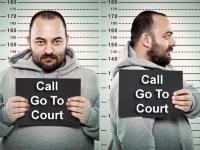 It is common knowledge that a person found guilty of committing an offence is said to have been ‘convicted’ of that offence. However, it is possible to avoid having an actual conviction recorded in certain circumstances.

S12 of the Penalties and Sentences Act 1992 gives the Court a discretion not to record a conviction, even if it has found a person guilty and imposed a sentence for the offence. The Court is required to take into account all of the circumstances of the case, including:

Some jobs require overseas travel. A number of countries (notably the USA) impose restrictions on allowing people with convictions across their borders. While this may simply mean justifying why a visa should be granted, in some cases there is a blanket refusal to allow convicted persons into the country. Again, strong evidence that a problem will arise is needed. A vague claim that the offender would like to visit Disneyland at some point in the future is not going to work!

Even if the Court does decide not to record a conviction, it is still entitled to (and almost always will) impose some form of punishment on the offender. This still needs to be complied with. Typically, the punishment would be a fine or some form of community service.

Persuading the Court not to record a conviction requires strong, well presented arguments and a detailed knowledge of the relevant law. We recommend that you contact us to obtain suitable legal advice if you find yourself in this position.