E-Cigarettes are Now Outlawed in WA 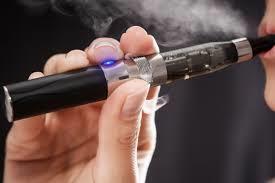 In a landmark case, a Perth man has been found guilty by the Administrative Appeals Tribunal of Western Australia for breaching the Tobacco Products Control Act 2006 for selling e-cigarettes, and fined $14,000. Section 106 of The Tobacco Control Act prohibits the sale of any toy, food or other product that is not a tobacco product but designed to resemble one. He was originally acquitted, but the Department of Health appealed the decision. His company was selling battery powered devices that turned “eJuice” liquid into a flavoured vapour. He is now considering appealing (from the appeal…).

This conviction is believed to be the first in Australia, and possibly makes Western Australia the first jurisdiction in the world to make the sale of e-cigarettes illegal. The conviction is making headlines with mixed responses from the community. Some are saying that it is an imitation cigarette and should be banned as it could lead to smoking, while others are saying it is a great tool to assist those people desperately trying to give up cigarettes. Whether you agree with the decision or not, it does bring the issue to the forefront about whether e-cigarettes do have their place in society as an aid for smokers fighting their nicotine addiction.

The law that was used for the conviction was designed to stop lollies and toys looking like cigarettes and sold to children. This is to prevent children imitating adult smokers and certainly has its place, and needs to be enforced. However, this manipulation of the legislation does appear to be a knee jerk reaction creating a precedent to ban something without proper consultation. If e-cigarettes can be used as an effective quit smoking aid then this needs to be investigated and legislated properly, not just a blanket-ban imposed.

The e-cigarette is similar to the Nicorette Inhalator which can be legally sold; the difference being, though, that the e-cigarette produces a vapour that, according to the Judge in the Appeal case, “looks like smoke from a cigarette”. Is there really that big a difference between the two? Both are designed to keep your hands busy and give you the feel of a cigarette to help beat the nicotine cravings while slowly changing your habits and routine. The idea of both is that instead of grabbing a cigarette you grab the inhalator or e-cigarette, which will reduce or ideally eliminate your nicotine intake.

There are health concerns that the effect of inhaling the vapour, which is the result of using either vegetable glycerine or propylene glycol, has not been fully tested. It can also not be marketed as an aid in quitting smoking because it has not been assessed by the Therapeutic Goods Authority. At the very least, this quite bizarre conviction has the community and media talking about e-cigarettes. Maybe now the appropriate testing can be discussed and evaluated, and regulations implemented.

The issue of e-cigarettes being smoked in a public place raises concerns over the current smoking bans. Perth’s Hay and Murray Street malls have recently implemented local laws prohibiting smoking of any tobacco product in public areas. Some are now saying that this doesn’t apply to e-cigarettes that don’t contain any tobacco, while health officials are saying that e-cigarettes must comply with laws on smoking in public places.

It is important to note, that it is not illegal to use an e-cigarette in your own home, it is just illegal for someone to sell you one! Basically, it is legal to sell cigarettes full of nicotine and tar which contribute to hundreds of deaths each year, but illegal to sell an electronic device filled with oils and organic compounds. Considering the amount of revenue the government raises through taxes on cigarettes, people are starting to ask the question – is this ban a health issue or a money issue? Or just a very stupid interpretation of a law designed for a completely different purpose?