A Labor and Greens bill, which would allow parents to choose whether or not to have their baby’s sex recorded on the birth certificate, has passed the Tasmanian lower house. The bill also allows people over 16 to change the gender on their birth certificate if they make a statutory declaration and have the support of a parent. Persons under 16 who do not have the support of a parent would need the approval of a magistrate to do so. The bill has been met with praise as a positive step  towards the protection of transgender rights. It has also met with condemnation and some voices complaining that the reforms don’t go far enough.

What does the bill do?

Following some controversy, the bill was amended by Labor to give parents a choice as to whether to have the gender assigned to a baby at birth included on the birth certificate. Under the bill as it now stands parents would have to ‘opt in’ to have the sex of the baby recorded. The bill, even with this change, was opposed by the Liberal party, with the exception of one MP, Speaker Sue Hickey, who voted against her party.

A bill that amends Tasmania’s anti-discrimination laws to ensure transgender persons’ names and titles are used correctly, also passed the lower house. If the bills become law they will make Tasmania the first state to remove gender from birth certificates.

Tasmanian laws currently require a person to have sexual reassignment surgery before their gender can be amended on their identification documents, a requirement that has been described as ‘cruel and unnecessary’. Transgender advocates in Tasmania have been fighting for this requirement to be removed and for transgender persons to be allowed to change their gender on their licences and birth certificates more easily. However, some women’s rights bodies have claimed that such a change would risk eroding the rights of women by allowing biological males to be legally recognised as females and to have access to women- only spaces and services.

In South Australia and the ACT, people can elect to change the gender recorded on their license and birth certificate without having undergone sexual reassignment surgery.

Under federal law, Australians are able to change the gender on their passports to ‘male’, ‘female’ or ‘other’ with a letter of support from a medical practitioner.  This change was hailed as important and necessary as many cases had been reported where Australians travelling overseas were detained at airports because the gender recorded on their passport didn’t match what they looked like.

Passports are considered secondary identification documents, while birth certificates, which fall under state law, are the most important documents. For this reason, LGBTIQ advocates have been lobbying for state laws to be brought into step with federal law.

Responses to demands for transgender rights

Spokesperson Martine Delaney from advocacy group Transforming Tasmania says that the changes will affect most Tasmanians ‘in no measurable way, but (will make) an enormous difference to the lives of transgender and gender diverse people.’

The debate reflects a global controversy around the extent to which the rights of transgender people should be protected by law, with the US Government recently seeking to limit to definition of gender to male and female as defined by one’s biological sex, sparking a backlash. 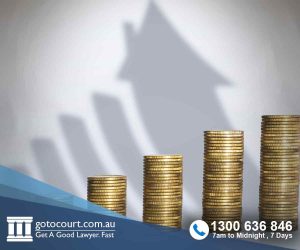 Stamp Duty in Tasmania
Stamp duty is a kind of levy or tax that is imposed in each of the States and Territories on certain kinds of transactions, commonly known as dutiable transactions.   The Tasmanian State Revenue Office is responsible for administering stamp duty.  It also administers other State based taxes such as payroll tax and land tax.  The…
Read more…