Parking fines are infuriating and are even more so when they are unjustly issued.  While our blood boils to receive an infringement notice for parking in a spot that was not clearly marked or that had a confusing sign, it is hard to know when to fight the injustice.

Go To Court Solicitor, secured a great outcome for such a client who had been wrongfully issued a parking infringement. The client booked an appointment through our Legal Hotline and at first prospects looked bleak.

However, when Mr Finter discussed the matter during the appointment it became apparent that the parking infringement was wrongful. Upon closer inspection of the area of road the client parked, it was evident that the relevant signage was not clear. Even more frustrating was that in all the times the client had parked in the area, he had never once seen a parking infringement on any other cars. For the client, it was an unjust action taken against him.

After what felt like a David-and-Goliath showdown and a court adjournment, the matter was resolved when police finally discontinued the charge.

Submissions presented by Mr Finter advocated that the client was not liable for the parking fine on the basis that the roadway was irregularly designed. There was insufficient signage to indicate parking restrictions in the area and other motorists had also parked in the same area. Mr Finter noted that parking inspectors were not in the practice of issuing infringement notices for parking where the client had parked.

While the client had the option to pay the small-but-infuriating parking fine, Go To Court secured a more just result.

Mr Finter’s client was fined by police, not a parking inspector. This detail brought to light the fact that nobody – not even police – gets it right 100 per cent of the time.

This is why it is important not to accept liability when you believe you are not in the wrong. For many law abiding citizens, the compulsion to accept responsibility from authority is real and it can be easy to say or do things which suggest culpability when that is not the intent.

How to bring a fight

In the circumstances that you are wrongfully accused of something (or not doing something), you want to prove yourself right. At first this process can seem daunting. What all advocates and lawyers love, though, is evidence. This is your most powerful tool in ensuring yourself justice.

Collecting evidence can be as simple as taking photos of the roadway where you were fined for parking. It can also involve you writing down the events that had unfolded, the times of those events and as much detail as possible. If you are able to collect enough evidence which shows a snapshot of what really happened, a case can be made to prove that you are right, or at the very least did what would be considered reasonable by the average law abiding citizen. 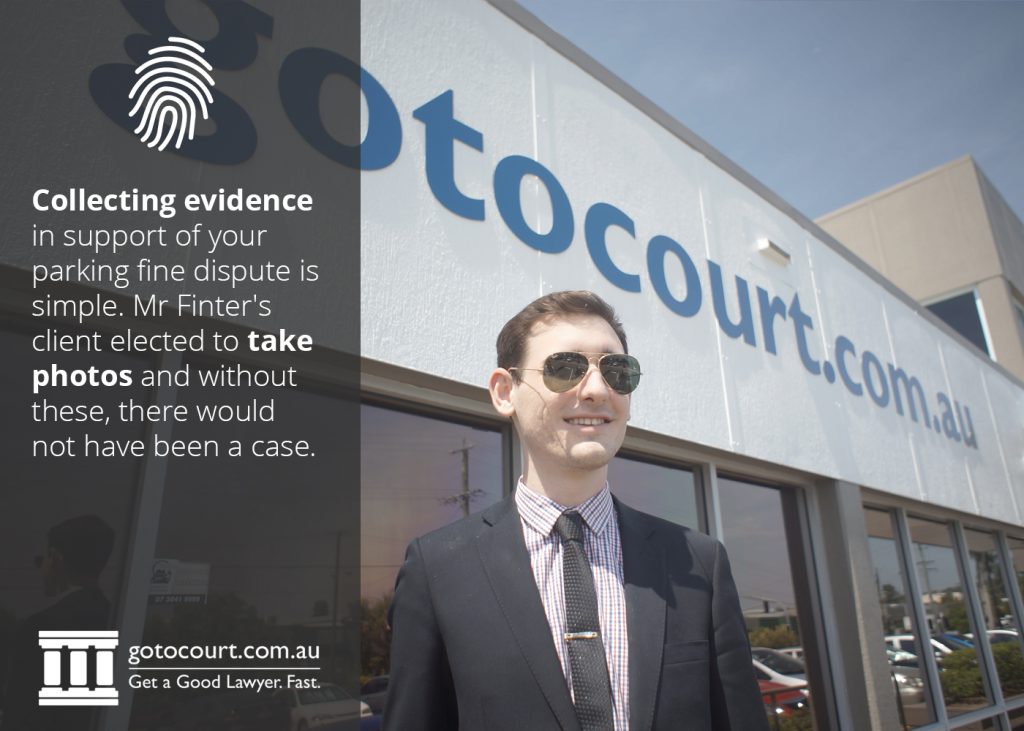 In straightforward cases, you may have enough evidence to construct an argument yourself. This is a great outcome because it minimises costs but also ensures that a miscarriage of justice does not occur.

In more complex cases, lawyers use evidence to build strong arguments. In most situations, the more evidence there is in support of a client’s claim, the stronger the argument which can be presented in their favour.