Common law presumptions and the principle of legality

Common law plays an important role in the protection of citizen’s democratic rights and freedoms. In Australia, subject to the Constitution the Commonwealth Parliament generally has the power to make laws that encroach on common law rights and freedoms. The courts’ role involves an important application of the rule of law when interpreting legislation that might impinge on rights or impose an inappropriate burden on citizens. It is the courts’ efforts that provide in effect a common law bill of rights and protection for civil liberties against an invasion of the State.

The dominance of the purposive approach and the effect of section 15AA override both common law approaches to statutory interpretation. That said, some common law principles remain and do not impinge on the statutory approach.

The courts will approach interpretation with certain common law presumptions in mind based on an expectation that certain tenants of our legal system will be followed by the legislature. The rationale is that the established judicial system and associated rules of common law function in the interests of our society.

All assumptions are subject to the basic rule that Parliament may override them, however, the courts require a clear indication that the intent is to abrogate a fundamental right before such an interpretation is accepted. A ‘fundamental right’ will only be taken to be displaced if society values have changed and a right recognised by law where the displacement standard is lower.

It is established at common law that fundamental rights cannot be overridden by general or ambiguous words contained in statute and that it is in the last degree improbable that the legislature would overthrow fundamental principles, infringe rights, or depart from the general system of law, without expressing its intention with irresistible clearness.

Australian courts have applied the principle of legality to protect a variety of fundamental rights at common law. They include the rights to private property, personal liberty, freedom of expression, freedom of movement, natural justice and access to the courts.

The principle of legality

The principle of legality governs the relationship between Parliament, the executive and the courts. It is often associated with the presumption that Parliament does not intend to interfere with the fundamental common law rights, freedoms and liberties of its citizens.

What is to be regarded as a “fundamental right, freedom or immunity” is informed by the history of the common law.’ Relevantly, Brennan J began his judgment in Re Bolton as follows:

‘Many of our fundamental freedoms are guaranteed by ancient principles of the common law or by ancient statutes which are so much part of the accepted constitutional framework that their terms, if not their very existence, may be overlooked until a case arises which evokes their contemporary and undiminished force’.

Brennan J set out the principle in these terms:

‘Unless the Parliament makes unmistakably clear its intention to abrogate or suspend a fundamental freedom, the courts will not construe a statute as having that operation.

‘The ‘principle of legality’ holds that in the absence of clear words or necessary implication the courts will not interpret legislation as abrogating or contracting fundamental rights or freedoms. For that principle, there are many authorities, ancient and modern, Australian and non-Australian’.

In Lee v New South Wales Crime Commission [2013] HCA 39, Gageler and Keane JJ said that the application of the principle is;

Perhaps the primary rationale for this principle of statutory construction was provided by Lord Hoffmann:

‘..the principle of legality means that Parliament must squarely confront what it is doing and accept the political cost. Fundamental rights cannot be overridden by general or ambiguous words. This is because there is too great a risk that the full implications of their unqualified meaning may have passed unnoticed in the democratic process. In the absence of express language or necessary implication to the contrary, the courts, therefore, presume that even the most general words were intended to be subject to the basic rights of the individual’.

The judge’s role in protecting fundamental rights against Parliamentary supremacy
Judges ultimately determine which rights are to be recognised as fundamental and therefore protected. During the past decade or so, the High Court of Australia has unanimously endorsed other principles as necessary to the accurate reading of legislation, such as, the rights considered fundamental at common law provide the backdrop for the judicial interpretation of legislation and those rights will be protected unless Parliament makes crystal clear its intention to abrogate them, and so protect in full, the common law right from the operation of the relevant legislation.

Judges must not only determine whether legislation infringes rights but also assess whether that infringement is justified in light of its other legitimate policy aims. If a court considers that there are alternative practicable means available to achieve the same end which is less restrictive of the protected interest then the law disproportionately and unjustifiably infringes rights. In this way, the core inquiry requires courts to review the difficult balance that must be struck in legislation between the full range of competing rights and interests that inevitably arise in complex issues of social policy. However, courts will often lack the institutional resources and have neither the procedures for meaningful collective deliberation available to Parliaments nor the capacity of Parliaments to conduct inquiries on rights issues and produce accompanying reports.

‘has a significant role to play in the protection of rights and freedoms in contemporary society, while operating in a way that is entirely consistent with the principle of parliamentary supremacy.’ 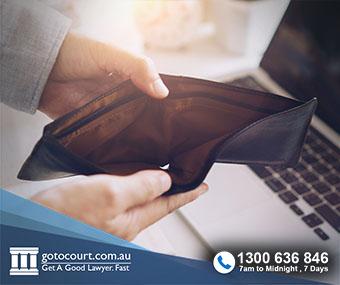 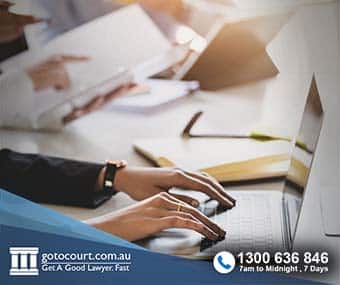