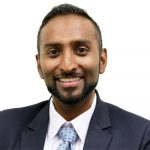 Raj holds a Juris Doctor and a Graduate Diploma in Legal Practice from Bond University. He is admitted as a lawyer in the Supreme Court of New South Wales and holds a practising certificate as a solicitor to provide legal advice in all Australian jurisdictions. Raj has extensive experience in a broad range of legal issues, having commenced his career as an Associate to a Tribunal Member of the then Consumer Trader Tenancy Tribunal (now incorporated into the New South Wales Civil and Administrative Tribunal ). His experience also extends to private practice where he has appeared in the NCAT, QCAT and in the Magistrates and District Courts. In addition to representing clients in Queensland and New South Wales, Raj has experience in working in Ontario, Canada. Commercial litigation, criminal, family, and civil law are the main areas of Raj’s expertise.

The commercial landscape that we once knew has been in turmoil since the outbreak of COVID-19. Federal and State Governments have been forced to take immediate action to curb the spread of this virus. These actions have had negative commercial and economic implications for Australian and Global businesses. Restrictions are being imposed on non-essential businesses and many have been forced to close down or suspend trading. Many suppliers here in Australia and overseas are unable to fulfil orders due to restrictions that have been imposed by their governments. Others are finding themselves unable to deliver manufactured goods due to a broken link in the supply chain and, as a result, cannot fulfil their contractual obligations. This has resulted in extraordinary procedures being rolled out by the Australian government in order to mitigate losses so that once this pandemic has been reined in business can return to normal.

However, in certain circumstances, parties may want to enforce contracts and instigate proceedings on defaulting parties or alternatively parties may be required to defend themselves for not complying with the terms of the contract.

In determining your obligations under a contract, the first step is to thoroughly review the express terms of the contract. The contract may also have implied terms that may require determination based on past performance. This may be because certain conduct by parties might have been consistently accepted throughout the commercial relationship by the other parties. However, this blog post will only examine expressly constructed terms in a contract and the common law doctrine of frustration.

Some contracts contain a clause referred to as “Force Majeure.” Literally translated from French, this means “superior or irresistible force” or simply put “Acts of God.” A force majeure clause excuses parties from performing their contractual obligations when particular circumstances that are listed in the clause make performance of those contractual obligations impossible. Force Majeure is a creature of contract which means that unless this clause is expressly drafted into your contract, specifically listing a pandemic as one of the circumstances that give rise to its operation, you cannot rely on this argument because it is not a recognised common law doctrine.

Common force majeure events that are drafted into contracts, among other things, are strikes, wars, “government action or interference”, accidents, storms, and ‘national emergency’. Pandemics are unlikely to be expressly drafted in existing contracts due to these events not being included in common Force Majeure clauses. However, as the federal and state governments impose restraints, such as quarantining, travel ban and border closures in order to contain the spread of the virus, these measures may invoke the “national emergency” or “acts of government” component of force majeure clauses which normally are included in a general blanket Force Majeure clause.

In the event a contract does not have a force majeure clause perhaps the contract has been frustrated. Frustration is a common law doctrine and applies where performance has become impossible because of some supervening event, without default by either party.

When the doctrine of frustration succeeds, both parties are discharged from further obligation and neither party can demand further performance by the other and losses lie where they fall. Parties cannot claim or recover for any losses or expenses incurred prior to the frustration event and the finding that the contract has been frustrated effectively terminates the contract. However, if a party benefitted at the expense of another party an argument may be made for restitution because it would be unjust for one party to retain the benefit. Restitution is not compensation but rather a restoration of money or property.

Different states have also enacted legislation providing a framework for frustrated contracts which are as follows:

When a delay of two weeks due to self-isolation of employees prevents a party temporarily from fulfilling their contractual obligations, this is generally unlikely to be deemed a frustrated contract. However, each situation has to be assessed individually and it is important to seek legal advice as soon as possible so as to be aware of all your options for resolving the situation.