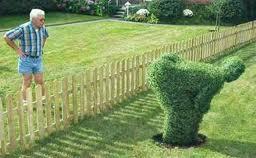 One of the most common problems between neighbours is who pays for repairs to a common fence. The basic answer is that each neighbour is liable to contribute to repairs or replacement. However, it is not always as simple as that.

If one neighbour wants to have the fence repaired or replaced, he or she must first get two quotes to either replace the existing fence with one of a similar standard, or for a fence in keeping with the area. The quotes should then be sent to the other party, along with a letter specifying which common boundary is to be fenced, the type of fence it is proposed should be built, and how much the neighbour would be expected to contribute. There is no set form for the letter, as long as it includes the above information and gives the neighbour at least a month to respond.

QCAT will arrange a mediation – if the matter cannot be resolved informally there will be a short hearing at which the type of fence and the amount to be contributed by each party will be decided. In most cases, the cost will be split 50/50; however, if one party wants a fence that is more expensive than a simple replacement, he can be ordered to pay all of the additional amount over and above what a straightforward replacement would have cost.

Should the neighbour still be unwilling to pay, once the fence has been built and paid for, the amount outstanding can be recovered in the same way as any other debt.

Retaining walls are expressly excluded from the definition of ‘Dividing Fence’ in the legislation, and different rules apply. Broadly, the party with the benefit of the wall is responsible for its maintenance and repair.