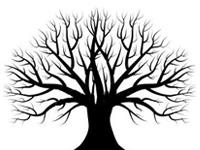 Overhanging or dangerous trees are the source of many neighbourhood disputes. Until recently, the law was that you could cut off overhanging branches, but then had to throw them back over your neighbour’s fence. This often caused more bad feeling than actually lopping the branches.

Since 2011, the law has changed. Now, if branches overhang your property by more than 5ocm and are no more than 2.5m from the ground, you can remove them yourself but do not have to return the cut branches to your neighbour.

If for any reason this is impractical, or the offending branches are more than 2.5m above the ground, the Neighbourhood Disputes (Dividing Fences and Trees) Act 2011 provides remedies. The starting point is to give the person, grandly called ‘the tree – keeper’ (usually but not necessarily the owner of the land where the tree is growing) a notice to remove the offending branches. The tree keeper must be given at least 30 days to do this.

If no action is taken, the neighbour can remove the branches himself, or get a suitably qualified person to do so. The first $300 of the cost of this is recoverable from the tree keeper as a debt. However, a notice can only be given to a tree–keeper once in any 12 month period.

If the problem cannot be dealt with in this way (perhaps because more than lopping overhanging branches is needed) the neighbour can apply to QCAT for the matter to be dealt with. QCAT will appoint an independent arboralist to examine the tree, and then make what order it considers best in all the circumstances, which could include the removal of the tree.

One little–known power is the ability of QCAT to make an order restoring an obstructed view. However, it can only do this if the tree is at least 2.5m high and either causing:

To establish (b), the neighbour would need to show what the view was when they moved into the house, which could of course be many years ago.