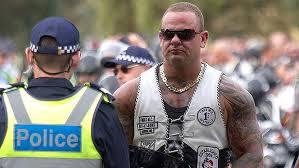 The United Motorcycle Council (UMC) has vowed to not stop attempting to overturn Queensland’s Vicious Lawless Association Disestablishment (VLAD) laws, after the High Court rejected their recent challenge.  Stefan Kuczborski filed a claim in the High Court in March 2014, backed by the UMC. The arguments to the High Court centred around their belief that the VLAD laws were an attack on their freedom of speech, and the right to associate.  They maintain that the laws were an abuse of the judiciary system by Parliament to destroy their organisations, stating that the laws are at odds with the Constitution. However, the High Court rejected these arguments stating that the laws did not require the courts to do any more than exercise their judicial power.  The High Court also found that Kuczborski didn’t have standing to challenge the validity of the VLAD laws, and as such these laws can be challenged in the future.

What were the laws being challenged?

Kuczborski’s claim in the High Court was aimed at challenging the validity of certain sections in the Criminal Code 1899, the Liquor Act 1992, Vicious Lawless Association Disestablishment Act 2013, and the Bail Act 1980.  The provisions of these Acts revolve around being a participant, or wearing symbols of membership of a declared criminal organisation, and increased penalties for existing offences if those charged where part of a declared criminal organisation. The Bail Act was also amended with stricter conditions for the grant of bail.  The High Court found that since Kuczborski hadn’t been charged with any offences relating to these Acts, nor was he suggesting that he was going to commit such offences, that he did not have standing to be making a claim as to their validity.  However, the High Court did uphold the new offences created in the Tattoo Parlours Act 2013, and the offences created by the Criminal Law (Criminal Organisations Disruption) Amendment Act 2013.  These offences relate to when three or more participants in a declared criminal organisation meet in public, and offences involving carrying or displaying membership.

Why are the VLAD Laws so controversial?

The VLAD laws are controversial as some believe that they restrict freedom of association, and on one view a person is being deemed to be guilty by association, without actually committing an offence. The new laws though of course make the association an offence if the club is on the list of declared criminal organisations. There are also concerns that the new laws will see innocent people being affected, and possibly harassed, because of who they chose to associate with. The other side of the argument is that the laws protect the community, and will make the streets safer, without the fear of violence or intimidation.  The Vlad laws are designed to disestablish associations that foster, encourage, or support people who commit serious offences; increase public safety and security by the disestablishment of the associations; and deny to people who commit serious offences the assistance and support gained from their association with others. The Qld Opposition have vowed to repeal the VLAD laws saying that they are unworkable, while the UMC states they are going to keep fighting as they feel that their members jobs, and lives, are on the line as a result of the laws.

It is believed that the High Court ruling will enable other states to feel more confident about implementing similar laws. The Commonwealth and most of the states and territories all showed their support to Queensland during the High Court proceedings, backing the legislation that has been implemented, with South Australia and the Northern Territory indicating that they would consider following Queensland’s lead.