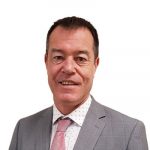 Wayne Cant holds a Bachelor of Arts (English) from Curtin University and graduated with a Juris Doctor from Murdoch University in 2015. Wayne completed his Graduate Diploma of Legal Practice at the College of Law in 2016. Wayne was admitted to the Supreme Court of Western Australia as a solicitor and barrister in 2016. Wayne initially practised at a small firm where he gained experience in a wide variety of different areas of law including family law and commercial matters like contract reviews and dispute resolution.

A local government body in Western Australia is planning to ban the practice of wheel clamping within its boundaries. The City of Stirling recently voted unanimously to draft the Immobilisation and Detention of Vehicles Local Law 2019. The bill would ban wheel clamping in most circumstances and regulate the detention of vehicles including on private property.

Wheel clamping currently occurs in WA, with private contractors carrying out wheel clamps at the request of an individual, but the legality of the practice is questionable. If the new laws are passed, the practice will be forbidden but exceptions will apply in limited circumstances. These include where parking facilities were controlled by access gates and drivers must pay a fee to leave the facility, where a government officer has the power to detain a vehicle, or where there is an agreement allowing for the vehicle to be detained – for example when a mechanic holds a lien over a vehicle. Wheel clamping businesses that break the proposed laws could be fined $500 if an infringement is issued or up to $5000 if the matter is heard in court.

The Road Traffic (Administration) Act 2008 applies to all roads in Western Australia, including all highways, roads and streets open to, or used by, the public. This includes carriageways, footways, reservations, median strips and traffic islands. This definition includes some parking facilities on private properties, which fall into the category of “reservations”.

Section 90 of the RTA states

Any person who unlawfully interferes with the mechanism or parts of any motor vehicle shall be guilty of an offence under this Act.

Applying a wheel clamp to a vehicle breaches this section and could have dire consequences in the event of a medical or other emergency.

Under the Road Traffic Act as it stands, therefore, wheel clamping already technically constitutes an offence in some circumstances. However, it does not appear to be an offence that is ever prosecuted as it has become an accepted practice.

What happens after a wheel clamping?

When a car’s wheels have been clamped, the owner must pay the private contracting company which applied the clamp to remove it. A private company clamps the wheels of a car on behalf of a private individual, such as a property owner.

The contractor will refuse to remove the clamp unless the owner of the vehicle makes an on-the-spot payment. Western Australia’s largest wheel-clamping contractor charges $170 to remove a wheel-clamp it has applied to a vehicle.

It is arguable that such demands for payment constitute a threat to do (or not to do) an act to gain a benefit. Such a threat is an offence under Section 338A of the Criminal Code Compilation Act 1913, which can attract a prison sentence of up to 7 years.

WA’s largest wheel-clamping contractor claims that a person who owns land may impound a vehicle which is wrongfully on that land to secure payment. It maintains its common law right to apply wheel clamps to vehicles parked on private property.

Despite the fact that many people simply accept the charges imposed by private agencies as “fines”, only a statutory authority has the power to impose a fine. The charges imposed by wheel clamping contractors can only be enforced under the common law of contract and/or trespass. If characterised as a penalty, they are not enforceable at all.

For the party seeking to enforce such charges, they must be characterised as “liquidated damages”. As such they must reasonably reflect the loss or damage suffered by one party, in this case, the property owner, caused by the errant parking behaviour of the other. The wronged party bears the onus of proving any damage suffered as a result of the actions of the other party.

It appears wheel clamping is already unlawful in Western Australia and it is simply the reluctance of authorities to enforce the law as it stands that allow for the practice to continue. Supporters of the proposed new laws believe it is necessary for local laws to be enacted to specifically target the practice of wheel clamping. Opponents of the changes say it would be more appropriate for local governments to pressure police to enforce the existing legislation.

The draft local law is open for public comment until January 31, 2020.

Cycling Rules In Western Australia
Cycling rules are different in every state and territory. In Western Australia, cyclists of all ages are permitted to ride on the road or on the footpath, but must obey all road rules. Cycling rules are contained in the Road Traffic Code 2000 and in the Road Traffic Act 1974.  The most important road rules as they…
Read more…

What If I Get Disqualified From Driving For Life? (WA)
In recent years, the Western Australian government has been cracking down on drivers who repeatedly commit traffic offences. Whilst the vast majority of traffic offenders are dealt with by way of infringements where they pay a fine and incur some demerit points, some offences are considered too serious for this and must be dealt with…
Read more… 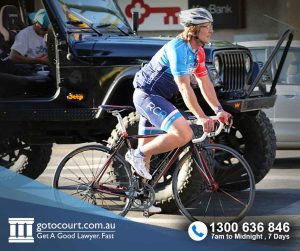 New Rules for Drivers Overtaking Cyclists in WA
New minimum passing rules for drivers overtaking cyclists in Western Australia are to be introduced as a partial modification of the state’s Road Traffic Code. The new regulations are due to take effect in Western Australia as part of the state’s traffic law from the 30th of November 2017. New minimum passing rules in WA: what do the…
Read more…