Much has been made of the outcome of Gerard Baden-Clay’s appeal against his murder conviction, handed down today in the Queensland Court of Appeal. Social media sites are erupting with horror that Baden-Clay’s conviction for murder has been overturned and substituted with a conviction for manslaughter, and with claims that he changed his story. But judging by the posts, many people are unclear as to why the Court came to the conclusion it did. We get to the bottom of the case and explain the reasoning of the Court for you.

Judging by the social media posts, many people are unclear as to why the Court came to the conclusion it did. We explain it for you.

On 19 April 2012, Gerard Baden-Clay reported his wife Allison as missing from their family home in Brookfield. He claimed to have gone to bed alone the night before, leaving his wife watching television. A heavy sleeper, he did not know if she had come to bed at all, and assumed when he did not find her on waking, that she had gone for a regular early morning walk. 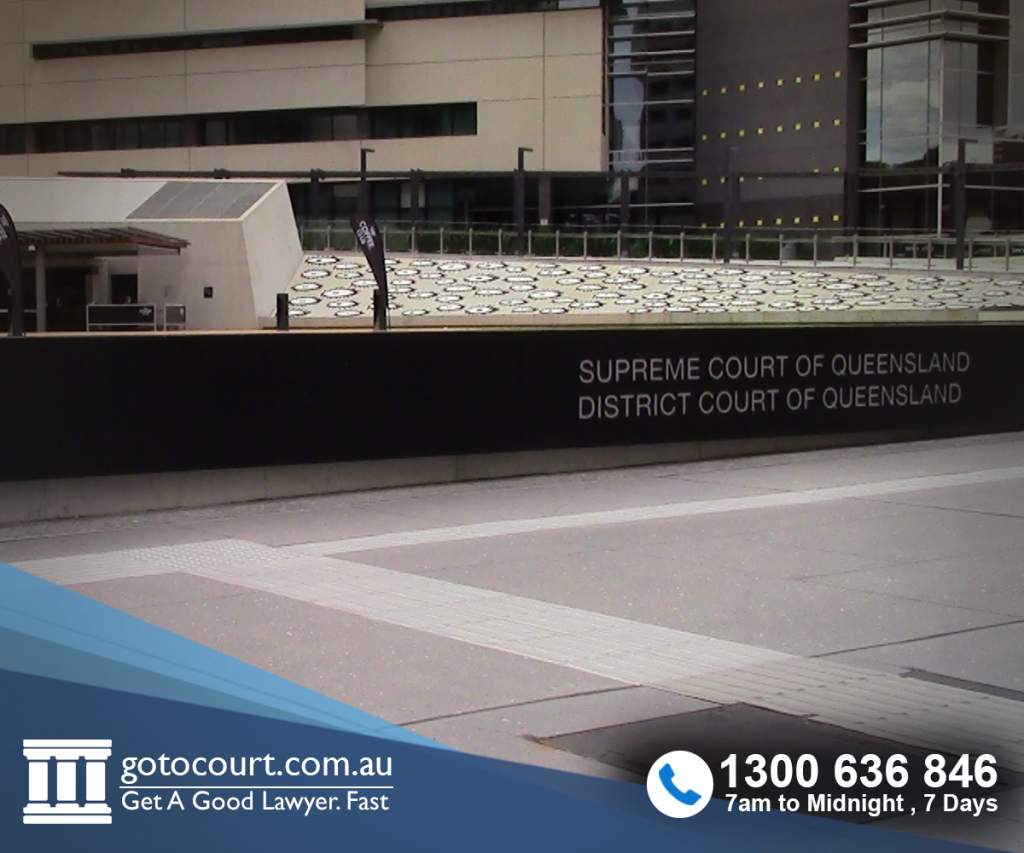 Allison’s body was discovered 10 days later by a canoeist under the Kholo Creek Bridge. Due to the state of the body, a cause of death was not determined, and a number of scenarios – including murder – were deemed possible.

Baden-Clay was arrested and charged with Allison’s murder some weeks after her body was located. The case was highly circumstantial. There were some odd scratches on his face, neck and chest, but he had explanations for all of these. Many experts testified as to their cause; not all were consistent and none could say for certain what had happened.

Allison had high levels of an anti-depressant in her blood, and a relationships counsellor testified (under protest) that she had had an adverse reaction to an anti-malarial drug during their honeymoon which had resulted in depression, psychotic episodes, and panic attacks. The defence argued that this indicated possible suicide, but clearly this was not a scenario that made sense to the jury.

Neighbours, including former Queensland MP Dr Bruce Flegg, testified to having heard a woman screaming on the night Allison vanished. She had a number of leaves in her hair from trees and plants which, while not apparent in the area in which her body was found, were located in the Baden-Clay’s yard, particularly around the carport and patio area near their back door. Blood was found in the rear of Allison’s SUV – it was identified as hers, but none of the experts could say how old the bloodstain was or whether it indicated a terminal injury. The car was, though, only two months old, and no one could recall her suffering an injury which might explain the blood.

Baden-Clay was in significant debt – his partners in his real estate business had threatened to cut ties with him, and was desperately seeking loans from family and friends. He was also having an affair – Allison had discovered this just a few months before she vanished. While he claimed he had broken up with his mistress and was resolved to working on their marriage, he was found to be still in contact with her in the days before and after Allison’s disappearance, and allegedly told his mistress that he would be free of the marriage come 1 July.

Before discussing the grounds for Baden-Clay’s appeal and the reasoning of the court, it is helpful to understand what must be proven for a murder conviction, and to what extent.

In Queensland, generally speaking, a person will only be convicted of murder if the prosecution can convince the jury that the accused’s conduct caused the death of the victim, and that the accused intended to kill the victim (or someone else) or cause them very serious (grievous bodily) harm – that is, permanent injury, or loss of a part of the body. The evidence must be strong enough to convince the jury – beyond reasonable doubt – that the accused did in fact cause the harm or death, and that they did intend it. In other words, there must be no other reasonable explanation. It does not require proof of a motive – in fact, Queensland law states that the motive is irrelevant. However, proof of a motive may amount to proof of intent.

Intent can be very difficult to prove. It requires that the accused acted with the purpose of killing or causing very serious harm. In essence, the prosecution has to be able to prove to the court what the accused was thinking at the time they acted. In some cases, it will be implied in the actions or words of the accused or other witnesses. In other cases, such as this one, the jury must be convinced by less-than-definitive evidence.
Baden-Clay argued his appeal on several grounds, only one of which ended up being significant for the Court. It is also the ground which has been most misunderstood in social media. 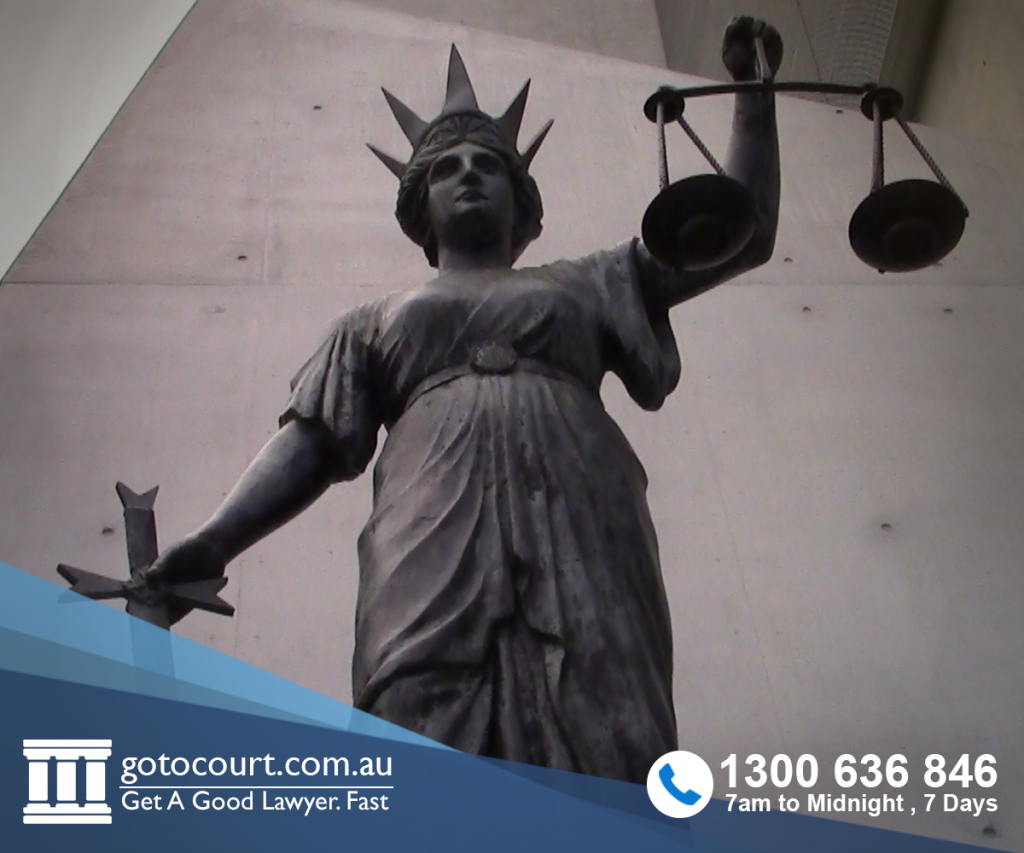 After arguing several possible grounds which might point to a miscarriage of justice, Baden-Clay argued that the jury’s verdict was unreasonable. In other words, he claimed that the evidence presented was not sufficiently strong to prove guilt of murder beyond reasonable doubt, but rather that there were several other viable explanations. This is where the social media pundits have gotten it wrong. He did not change his story here or admit to having actually killed Allison. What he said was that he accepted that the jury might have been persuaded to think he killed Allison but that it did not prove he killed her intentionally. That is, he acknowledged that some of the evidence made it look bad for him, but not as bad as the jury determined. This is not the same as admitting guilt. It is just acceptance of what the evidence could be interpreted as saying.

This ground is often raised as something of a last-ditch attempt at the appeal. The hope is that one of the other grounds will be accepted and the conviction overturned in its entirety, or at least sent back to the lower courts for retrial. When an appeal is mounted, the appellant must put all of their possible arguments to the court – they do not get another opportunity to go back later and argue a different point. Consequently, often many grounds of varying degrees of strength will be argued in the hope that one will hold.

Here, if Baden-Clay had argued that the verdict was unreasonable because he was innocent, he may well have lost the argument. Some of the evidence, though circumstantial, was quite damning. He had been caught in several lies which made the jury suspicious. This does not mean he did kill Allison – just that he lied about several aspects of it, but perceptions are important. Consequently, he, or rather his lawyers, chose to argue that they accepted that some of the evidence was capable of leading a jury to the conclusion that he had killed his wife, but that it did not prove he intended to do her any harm.

“There remained in this case a reasonable hypothesis consistent with innocence of murder.”

The Court of Appeal agreed. Having worked through the evidence, while it may have in some ways supported the prosecution’s case, it was not sufficiently strong to rule out other possibilities. In other words, it did not prove – beyond reasonable doubt – that Baden-Clay had the necessary intent at the time of Allison’s death. Rather, the Court described a different scenario equally supportable on the evidence – that a physical confrontation resulted in a blow which was not intended to kill her or cause her serious harm (perhaps she fell and hit her head), and in a state of panic, he left her body at Kholo Creek in the hope it would wash away. Consequently, ‘there remained in this case a reasonable hypothesis consistent with innocence of murder’.

Baden-Clay is set to be sentenced in January after the Court has heard submissions from both sides. Even though his murder conviction has been substituted for a lesser offence of manslaughter, he remains subject to a possible life sentence – this time as a maximum, not a mandatory sentence as is the case for murder. It remains to be seen how the court will view the case in terms of what is an appropriate penalty. Whatever the decision, we are left with a young mother taken from the world too soon, children without either parent, grieving families and friends, and not one winner in sight.