Failing to Stop for Police in Western Australia

If you are driving and you fail to stop for the police or attempt to flee, the police will be forced into a pursuit. In an attempt to curb this dangerous behaviour, Western Australia has introduced legislation for much harsher penalties under the Road Traffic Act 1974 (WA), for traffic offences with circumstances of aggravation. The reasoning behind these tough penalties is that they will act as a deterrent to prevent police pursuits occurring.

What are the likely charges and penalties? 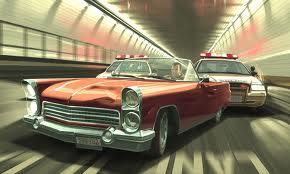 Both relate to driving of a motor vehicle in a manner that is dangerous to the public. It is the severity of the dangerous driving and what occurs during it that differentiates which charges are laid. Reckless driving charges can be laid if the driving was inherently dangerous, as distinct from being actually dangerous. Exceeding the speed limit by 45km/hr or driving more than 115Km/hr can result in a reckless driving charge, regardless of whether there is a police pursuit. See section 60 and 61 of the Road Traffic Act 1974 (WA).

What are circumstances of aggravation?

Charges of reckless driving, dangerous driving or failing to stop will incur the more severe penalties as outlined above, if your offence is classed as one which has circumstances of aggravation. There are three different circumstances of aggravation: driving a vehicle without owner’s consent; driving at speeds of 45km/hr or more, and attempting to escape pursuit by police.

What are some of the other charges that may result from the police pursuit?

It may not just be failing to stop, reckless, or dangerous driving that you may be charged with. The police pursuit normally occurs because the offender panics and may have something to hide. This can be driving with a disqualified licence, driving under the influence of drugs or breaching the Hoon Laws. Each of these offences have their own penalties (which will be additional to any penalties mentioned above), and depending on the offence may result in your car being impounded.