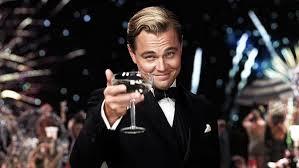 In the decision of Mead v Lemon [2015] WASC 71, Master Sanderson labelled the Estate as “colossal”, and acknowledged that there was no case law which he had referred to in reaching his decision which had similar facts.

How the Family Provision Claim was made

Ms Mead had brought a claim pursuant to the Family Provision Act 1972, which is an Act to give provision for the maintenance and support of family and dependants of a deceased person out of the deceased’s estate.  That Act states, at section 6, that if the Court is satisfied that inadequate provision has been made for the “proper maintenance, support, education and advancement in life” of a person who is eligible to make a claim, then the court may make an order for further provision from the deceased’s estate.

What was considered in the Family Provision Claim?

In determining whether adequate provision had been made, the Court will consider:

Ms Mead was born from Mr Wright’s relationship with Elizabeth Mead, whom he never married.  Ms Mead had very little contact with her father and he provided her and her mother with minimal financial support.  In his final Will, Mr Wright established “the Olivia Trust” which was to constitute “a maximum amount of $3 million in cash and/or property”, the main beneficiary of which was Ms Mead and her children.  He also stipulated that a beneficiary could only observe certain Christian faiths, and not be (in the opinion of the Trustee) an alcoholic or drug addict.

The decision of the Family Provision Claim

In handing down his decision, Master Sanderson stated that many of the provisions of the Olivia Trust were highly unreasonable, including that the Trustee solicitor, who had the discretion to determine whether or not Ms Mead was observing the correct faith, or drinking too much alcohol.  He stated that an amount of $25 million, conditional on Ms Mead relinquishing any rights to the Olivia Trust, was reasonable, keeping in mind what a “just and wise testator” would consider is adequate provision from such a large estate.  Master Sanderson acknowledged that the award of $25 million was reasonable in light of the significant size of the Estate, and the fact that all other beneficiaries were more than adequately provided for, and would hardly be affected by the order.