A charge of drink driving has reportedly been laid against a Queensland Member of Parliament after police stopped him for a random breath test on Wednesday night.

It was claimed that Billy Gordon, the Member for Cook, had been watching the State of Origin match in Kuranda and was driving back to Cairns along the Kennedy Highway when he was stopped, though he later made reference to mourning the loss of an uncle.

Although he cooperated with police, Mr Gordon’s blood alcohol content (BAC) reading was reportedly 0.094 – nearly twice the legal limit for a full licence holder. He is also said to have been unlicensed at the time, with news reports alleging he has only ever held a learner’s permit.

The Queensland government has been made aware of the charges against Mr Gordon although staff at his electoral office appeared to have no knowledge of the incident. There is no obligation that he resign his position as it does not constitute a criminal offence of the sort that would preclude his continuation in the role.

Mr Gordon released a statement in which he apologised to his family and to those he represents. He said, ‘at a time when my community needs me, I allowed personal life matters to cloud my judgement … I should not have been operating a motor vehicle. There is no excuse for poor judgement in this case.’ Mr Gordon went on to say, ‘I want to reiterate that this incident does not change my desire to continue to serve the people of Cook, particularly during this difficult time for many of our indigenous communities, who make up a substantial portion of this 196,000 sq km region … I remain focused on my role and my passion for representing the people of Cook.’

However, his actions have been condemned by road safety advocates including Queensland’s Road Safety Minister, Mark Bailey. Mr Bailey described the incident as ‘very disappointing’. He said, ‘There is no excuse for drink driving and there is no excuse for driving without a licence … When you put other people at risk it is totally unacceptable.’ 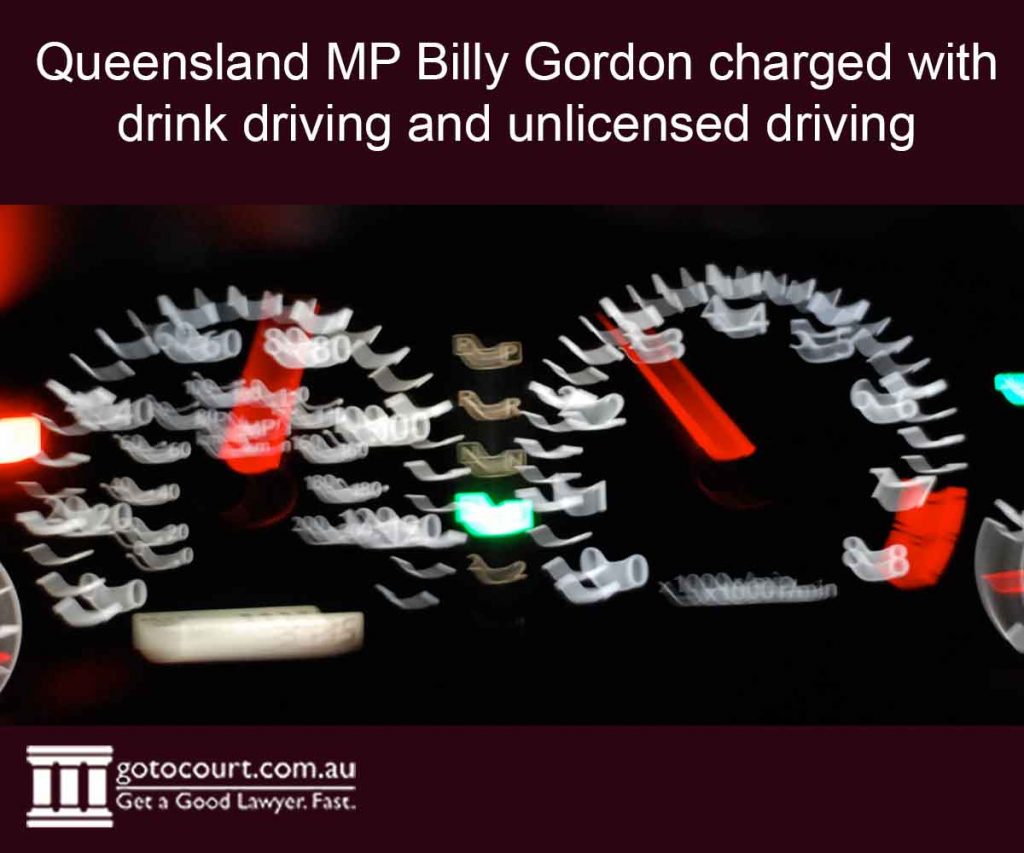 Mr Gordon has been a Member of Parliament since 2015 when he ran as a Labor member, enabling the party to take power as a minority government. He was later forced to resign from the party as a result of domestic violence allegations, though he was later cleared of any wrongdoing. Now sitting as an independent, he has remained supportive of the Labor government in most cases.

For driving unlicensed, the offence can attracts a penalty of up to 6 months disqualification from driving, a fine of around $4,600 or 1 year in prison.

The MP was handed a notice to appear on 27 June in the Magistrates Court in Mareeba.