In Australia, the laws regarding road rules and drivers’ licensing are made by the state, and territory governments. Queensland legislation requires that anyone driving a vehicle must hold a valid license. This requirement is found in Article 78 of the Transport Operations (Road Use Management) Act 1995 (Qld) which states that the driving of a motor vehicle is prohibited without a driver’s license, and also includes the penalties for unlicensed driving. 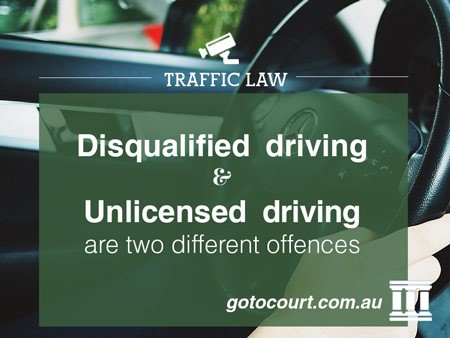 There are two types of offences in Queensland related to driving without a license. There is ‘unlicensed driving’ and ‘disqualified driving’.  Unlicensed driving in Queensland is an offence that can carry a fine and even imprisonment, depending on the circumstances. Unlicensed driving occurs when you are caught by the police driving on the road and you have never held a license; your license is expired; you do not hold the correct license (for example, you are operating a motorcycle without a motorcycle license or you are driving a car with a learner’s permit and are not accompanied by an open license holder); you are deemed medically unfit to hold a license; you have voluntarily surrendered your license; or your license is temporarily suspended.

Driving with a suspended licence

This is a form of unlicensed driving. Licenses can be temporarily suspended for a number of reasons. Suspension can happen if you have accumulated too many demerit points, you were caught speeding 40km/hour or more over the speed limit or as a consequence of not paying a court issued fine (issued through the State Penalties Enforcement Register – SPER). A license may also be under an immediate suspension due to a charge of driving under the influence of alcohol or drugs and is awaiting trial.

While your license is suspended you are not permitted to drive. If you are caught driving with a suspended license, you will face harsher penalties than other types of unlicensed driving (such as driving with an expired license).

Police have the discretion to issue first time unlicensed driving offenders (or those who have not offended within the past five years) with an infringement notice rather than charging them with an offence. An infringement notice can either be issued on the spot or sent in the mail and will be a monetary fine of a maximum of 40 penalty units (1 penalty unit = $113.85). Within 28 days of receiving the infringement notice, you must either pay the fine, arrange for an instalment plan to pay the fine, contest the fine in court, or dispute the fine with the issuing agency. If you do not respond within 28 days, you may be prosecuted in the Magistrates Court.

Driving while your licence is suspended

The penalty you face if caught driving with a suspended license depends on why your license was suspended in the first place. If it was suspended due to a SPER debt, you could receive anywhere between a 1-6 month license disqualification. A suspension due to accumulated demerit points attracts a mandatory 6 month disqualification as does suspension due to a high speed offence (being caught speeding 40km/hour or more over the speed limit). All of these situations can also attract the maximum fine of 40 penalty units, or imprisonment of up to one year.

If you are caught driving on an immediate suspension (you are being charged with a drink or drug driving offence and are awaiting trial) the penalty can be a 2-5 year license disqualification, maximum fine of 40 penalty units, and a prison sentence of up to one year.

Other types of unlicensed driving

The Magistrate is not bound by a mandatory period of disqualification, and can exercise their discretion about the penalty you face (maximum 6 months disqualification, 40 penalty units or one year imprisonment).

If you are caught driving while your license is disqualified, the length of your disqualification will be extended by 2-5 years. You also face a possible maximum fine of 60 penalty units, and a prison sentence of up to 18 months.