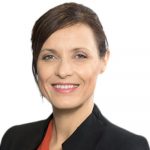 What is careless driving?

Driver distraction can come in many forms. It may be using a mobile phone, eating or drinking in the vehicle, changing the radio station or music controls or anything else that could decrease your concentration.

If you are caught taking your eyes off the road to focus on something else while in Queensland, you could incur three demerit points and a court-imposed fine for “driving without due care and attention”, otherwise known as careless driving.

Careless driving is a lesser offence than dangerous driving. Drivers are often charged with this offence as an alternative or as well as another charge, such as driving through a red light or crossing a double centre line.

Careless driving is governed by Section 83 of the Queensland Transport Operations (Road Use Management) Act 1995, which states:

“any person who drives a motor vehicle on a road or elsewhere without due care and attention or without reasonable consideration for other persons using the road or place is guilty of an the offence of careless driving.”

The maximum penalty for careless driving is 40 penalty units or six months imprisonment. It is at the court’s discretion whether or not to impose a period of disqualification upon the driver’s licence. However, where the offence of careless driving results in death or grievous bodily harm, the maximum penalty is 80 penalty units or imprisonment for one year. If the driver is unlicensed, the penalty is increased to 160 penalty units or imprisonment for two years. In these circumstances, the court must disqualify the person from holding or obtaining a Queensland driver licence for a period of at least six months.

In Queensland, the careless driving offence in the Transport Operations (Road Use Management) Act 1995 and the offence of dangerous driving in the Criminal Code work together to ensure enforcement action can be taken for a broad range of unsafe driving behaviours, ranging from momentary inattention to an act of overtly dangerous conduct.

Section 328A of the Criminal Code makes it an offence to operate a vehicle dangerously. This includes operating the vehicle at a speed or in a way that is dangerous to the public, having regard to all of the circumstances. This offence is aggravated if the offender has a prior conviction for the same offence, or if they are intoxicated or excessively speeding.

The test to apply is an objective test. Criminal negligence is not required. Therefore, dangerous driving is easier to successfully prosecute than vehicular manslaughter. If a driver drives in a way that is dangerous to other road users having regard to all the circumstances, it does not matter whether they are deliberately reckless, careless, momentarily inattentive or even just doing their incompetent best.

However for driving to be dangerous, under section 328A, there must be some feature of the driving which is more than mere lack of care and which subjects the public to some risk beyond what is ordinarily associated with the driving of a motor vehicle.

Careless driving is not as serious as dangerous driving. In order to make out the offence of careless driving, the prosecution must prove only that a person drove without due care and attention or without reasonable consideration for other road users.

Whether or not driving is careless is considered against the objective conditions at the place you were driving, including the road conditions, traffic and the weather.

If you require legal advice or representation in a traffic law matter or in any other legal matter, please contact Go To Court Lawyers. 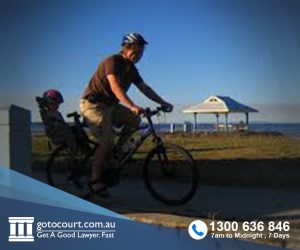 Road Rules and Cyclists (Qld)
A bicycle is a vehicle within the meaning of the Queensland Road Rules. If you are riding a bike on the roads, you must obey the road rules the same as any other vehicle. Cyclists can be issued with fines for breaking road rules, but no demerits are issued to cyclists. While all the road…
Read more…