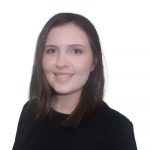 Tiana Lowry was awarded a Bachelor of Laws with Honours by the Queensland University of Technology. She also holds a Graduate Diploma in Legal Practice from the College of Law. Tiana completed her Practical Legal Training at GTC Lawyers. While studying law Tiana volunteered at a community legal centre and was a mentor in the Aunties and Uncles mentoring program. Prior to joining GTC Lawyers Tiana also completed a placement at the Federal Circuit Court of Australia.

If you are a party to a Domestic Violence Order made in Queensland, it is important to know that this order can be enforced or amended in all other Australian states and territories. The National Domestic Violence Order Scheme introduced new laws in 2017 to streamline this process. This means that you can now be protected by domestic violence orders even if you move or travel interstate.

What are Domestic Violence Orders called in other states?

Domestic Violence Orders have different names across Australia, including:

Enforcing orders made from 25 November 2017

If your Domestic Violence Order was made after 25 November 2017, it will apply in all Australian states and territories so you will be automatically protected should you move or travel interstate. There is no need to apply to have the order varied.

Enforcing Orders made before 25 November 2017

Domestic Violence Orders made before 25 November 2017 do not automatically apply in all Australian states and territories. However, you can choose to have your Domestic Violence Order declared as a national domestic violence order at any time. You can do so by applying to any local court in Australia, regardless of which state or territory the order was originally made in.

In Queensland, to have an order declared a national domestic violence order, you must make an application to the Magistrates Court using the form: ‘DV35- Application for declaration of a DVO to be a recognised interstate order’, which can be found on the Queensland Courts website.

Can I change the terms of my DVO if I am no longer in Queensland?

Should your circumstances change after a Domestic Violence Order is made, you may make an application to the court to have the terms of the Order varied. Such variations may include:

If you wish to make an application to vary the terms of the DVO, you do not have to do so in Queensland. You may file an application to vary the Domestic Violence Order in any Local Court in any Australian state or territory. Check the requirements for making applications to vary domestic violence orders in your state or territory as well as the requirements for service of documents and any prescribed forms.

If you require legal advice or representation in a domestic violence matter or in any other legal matter please contact Go To Court Lawyers.