Australia takes police misconduct and corruption very seriously. In all Australian states and territories there are avenues for the public to make complaints about police behaviour and conduct.

Serious police misconduct is conduct which the public would expect the police officer to lose their job over or result in criminal charges. The process of reporting police misconduct varies depending on the state and territory.

Complaints of police misconduct can be made in Queensland to any of the following: 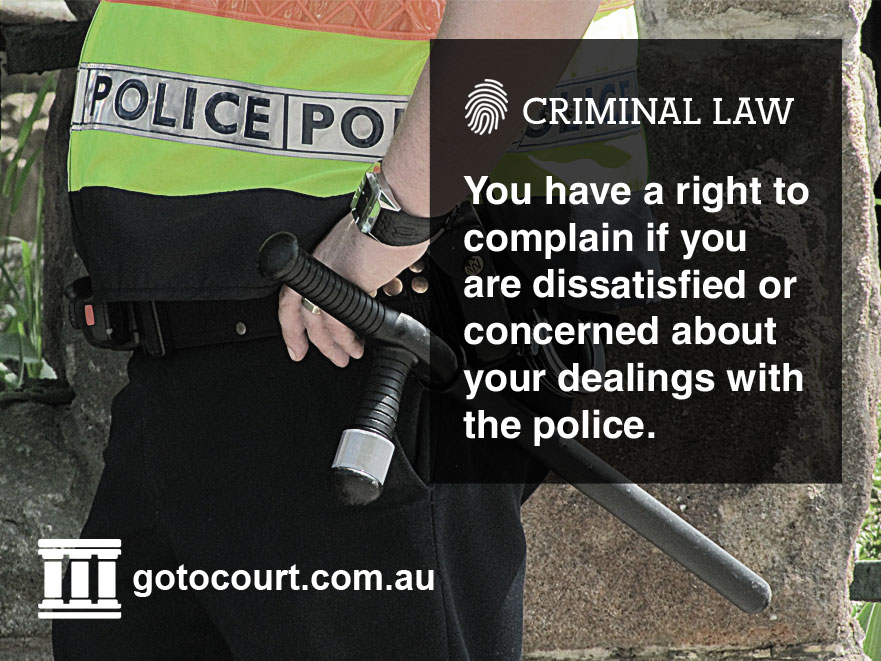 NSW police are expected to act with integrity and in a professional manner at all times.  NSW must comply with the NSW Police Force Code of Conduct and Ethics.

More information about how you can lodge a complaint and what constitutes police misconduct can be found in our dedicated article, Reporting Police Misconduct in New South Wales.

Anyone can make a complaint alleging police misconduct in Victoria. The process of making a complaint follows three increasing levels of seriousness:

Reporting Police Misconduct in Victoria contains more specific information about how to lodge a complaint.

Police in Western Australia are obliged to follow the Police Code of Conduct and the Police Force Regulations 1979 (WA). Complaints of misconduct by police, including allegations of unreasonable use of force and corrupt behaviour, are dealt with in three increasing levels of seriousness:

Complaints about administrative handling or the division of police resources should be directed to the WA ombudsman within 12 months, unless there is a compelling reason for the delay. More information about how to lodge a complaint can be found in our dedicated article, Reporting Police Misconduct in Western Australia.

Reporting and investigating allegations of police misconduct are governed under the Police Services Act 2003 (Tas), the Ombudsman Act 1978 (Tas) and the Integrity Commission Act 2009 (Tas).

Misconduct allegations which are general in nature can be reported directly to police. More serious allegations of police misconduct, such as corruption, can be made directly to the ombudsman or the Integrity Commission.

To find out more about how you can lodge a complaint against Tasmanian police for misconduct or corruption, read our dedicated article, Reporting Police Misconduct in Tasmania.

Complaints of police misconduct are handled either by the South Australian police force or the ombudsman under the Police Act 1998 (SA), Police (Complaints and Disciplinary Proceedings) Act 1985 (SA) and Police Regulations 1999 (SA).

The SA ombudsman is completely separate and impartial to the South Australian police.

The process of the complaint increases in seriousness in accordance with the following three steps:

To find out more about lodging a complaint of police misconduct in SA, our article, Reporting Police Misconduct in South Australia analyses this process in-depth.

There are several avenues for reporting police misconduct of NT police:

Depending on the nature and seriousness of the misconduct allegation, complaints are either handled by police under the Police Administration Act (NT) or by the impartial ombudsman under the Ombudsman Act (NT). If a complaint has been investigated by police, a prosecution of a NT police officer must start within two months of the alleged misconduct. Similarly, a breach of discipline action must be commenced within six months of the breach.

To find out more about lodging a complaint, our dedicated article, Reporting Police Misconduct in the Northern Territory has more information.

ACT police and the AFP must act in accordance with the AFP Core Values and AFP Code of Conduct. Behaviour or conduct contrary to these principles would be considered police misconduct and can be subject to a complaint.

Anyone can make a complaint about an ACT police or AFP officer’s misconduct. There are three main tiers of making a complaint: