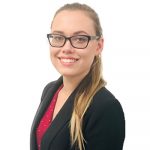 Temeka Sue-Tin is a solicitor in the Maroochydore office on the Sunshine Coast. Temeka holds a Bachelor of Laws from Griffith University and a Graduate Diploma of Legal Practice from the College of Law. She is admitted to practice in the Supreme Court of Queensland and in the High Court of Australia. Temeka completed her Practical Legal Training at GTC Lawyers. She has strong interests in criminal and traffic law, family law, civil law and succession law.

Insolvency is the most common reason that companies are wound up.  When an application to wind up a company in insolvency is made, the court must determine whether the company is in fact insolvent. The Corporations Act defines ‘insolvency’ as being unable to pay one’s debts when and as they become due and payable (Section 95A). A common path to having a company wound up on the basis of insolvency is for a creditor to serve it with a statutory demand.

What is a statutory demand?

A statutory demand is a demand made to a company by a creditor under Section 459E of the Corporations Act. It can be made by a person who is owed a debt, or more than one debt, totaling more than the statutory minimum, which is currently $2,000. One of the most common ways for a creditor to prove that a company is insolvent is to show that the company failed to comply with a statutory demand.

Under the Corporations Act, a statutory demand must:

A company fails to comply with a statutory demand if it fails to pay the amount demanded within 21 days of being served.

Service of a statutory demand

A statutory demand can be served by mailing it to or leaving it at the company’s registered office or by delivering a copy personally to a director of the company who resides in Australia.

Responding to a statutory demand

A statutory demand can be challenged on the basis that there is a genuine dispute about the amount demanded. A company may dispute either the existence or the amount of the debt, or it may have an offsetting claim against the creditor.

The company has the onus of proving to the court that the dispute or offsetting claim is genuine. In order to do this, evidence of the claim must be presented to the court.

A company may also apply for an order to set aside a statutory demand where it contains a defect. The Court is only required to set it aside on this ground where it is satisfied that if it does not set the statutory demand aside it will cause a substantial injustice (Section 459J(2)).

A statutory demand does not contain a defect merely because the company disputes the existence or amount of the debt.

The Corporations Act enables courts to order that a company be wound up on the ground that it is insolvent. Most creditor applications rely on a company’s failure to comply with a statutory demand to establish a presumption of insolvency.

The Corporations Act restricts a company from opposing an application for winding up in insolvency based on a failure to comply with a statutory demand (S459S). Such an application can only be opposed with leave of the court. It is not common for a court to grant leave as any issues with the statutory demand should have been raised within 21 days of its service.