In response to a perceived escalation of firearm-related offences in New South Wales in 2013, legislation was introduced to provide police with more powers to search for firearms, ammunition, or firearm components in homes, cars, and even on an individual person without a warrant, should that person be subject to a Firearm Prohibition Order (FPO).

An FPO is an order made by the Commissioner of New South Wales Police that prohibits a person from bearing a firearm, firearm parts, or ammunition on the basis that it is not in the public interest to do so. A police officer of any rank, or from any Command, can nominate a subject for an FPO. This power is also given to sworn and non-sworn staff within the NSW Firearms Registry.

There are no set criteria for the making of an FPO beyond the necessity for public safety. Those who are subject to FPOs are most commonly those with a significant criminal history; those with organized crime links; or persons with a history of firearm possession who suffer from any psychiatric illness.

Under Section 74A of the Firearms Act 1996 (NSW) a police officer may:

(a) Detain a person who is subject to a firearm prohibition order, or

(b) Enter any premises occupied by or under the control or management of such a person, or

“Police (now have) the right to stop, to search, to enter premises to ensure that the subjects don’t have a firearm, they haven’t ammunition or parts of a firearm.”

Legal Effect of an FPO

The effect of these laws can be onerous on an individual, given the breadth of the powers given to police.

The first issue created by these widened police powers is that the criteria for issuing an FPO do not necessarily hinge on a person having a firearm or previously being convicted of a firearm related offence. It allows for issuance of a Firearm Prohibition Order simply on the basis of untested police intelligence, or alleged links – however distant – to an organised criminal group, even where there are no substantiated links to criminal activity.

The issue that therefore follows is that an FPO may not necessarily be used to confront the issue of firearm-related offences but acts simply as an extra police measure that may be used to control access to firearms by people with organised crime links or with a history of aggravated violence.

Once a person is subject to an FPO, the police have the authority to conduct searches at any time without the need for a search warrant. With respect to this power, the police do not need to comply with any of the usual safeguards involved in the exercise of police power. For example, the police are not required to have a ‘reasonable suspicion’ that an individual has actually committed an offence or will commit an offence. Police can use their search powers to check that an individual is abiding by the terms of an FPO.

It has been reported that firearms are not usually found during searches under this power. The most commonly seized items have been illicit drugs, knives, mobile phones, computers, and cash.

Within the first two years of these changes being introduced, police mistakenly searched 227 people who were not the subject of an FPO as those individuals were in the company of FPO subjects at the time they were searched. This is not a correct application of police discretion and all individual-person searches should be conducted in accordance with the guidelines set out in the Law Enforcement Powers and Responsibilities Act 2002 (NSW).

Subjecting a person to a Firearm Prohibition Order is an almost arbitrary decision, made without reference to a Court or any judicial oversight. The question then arises as to whether individuals have a right of review with respect to this decision.

Under certain circumstances, and where the police have refused to reconsider the order, the individual may have the option to apply to the NSW Civil and Administrative Tribunal (NCAT) for a further review. A significant number of individuals may be prevented from accessing this extra step.

If the individual subject to the order has past convictions for certain prescribed offences, such as serious drug or dishonesty offences, or the individual has been subject to an Apprehended Violence Order (AVO) within the last 10 years (except where that AVO was revoked), they will not be eligible to apply for an NCAT review.

One element of this law which creates a significant impact upon the subject individual is that an FPO does not lapse in time. An individual can, at any time after the initial 28-day period, appeal to the Commissioner to withdraw the FPO, but there is no legal obligation on the part of the Commissioner to consider the request. There is also no protocol to guide the review of current FPO subjects.

This suggests that FPO’s can continue indefinitely, regardless of any positive change demonstrated by the subject of the FPO. This can be particularly onerous on an individual with a chequered past as being the subject of an FPO can provide police with the power to make personal searches based on old or faulty intelligence, or essentially for no reason at all. It also means that any person in the company of a person subject to an FPO may also be searched without sufficient cause.

The lack of judicial oversight is of particular concern to those affected by these recent laws and those concerned about police abuse of civil rights, as is the indefinite, complex, and arbitrary appeal and review system. The NSW Ombudsman’s Office conducted a review of the search powers provided to police under the law and noted in its report several issues of concern.

If you, or someone you know, have been served with a Firearm Prohibition Order and require some legal advice, an explanation of your rights, or detail about the ramifications of such an order, call Go To Court Lawyers on 1300 636 846 to make an appointment with one of our criminal lawyers.

Daniel is a Senior Associate and the Office Manager of our GTC Lawyers Blacktown Office. Daniel holds a Bachelor of Laws, a Bachelor of Arts and a Graduate Diploma in Legal Practice. Daniel is admitted to the Supreme Court of New South Wales and in the High Court of Australia. Daniel has a particular interest and expertise in criminal law. He has appeared in the District Court, Local Court and Children’s Court of New South Wales in a variety of complex criminal matters. Daniel also has experience in Family Law, Civil Law and Immigration Law. 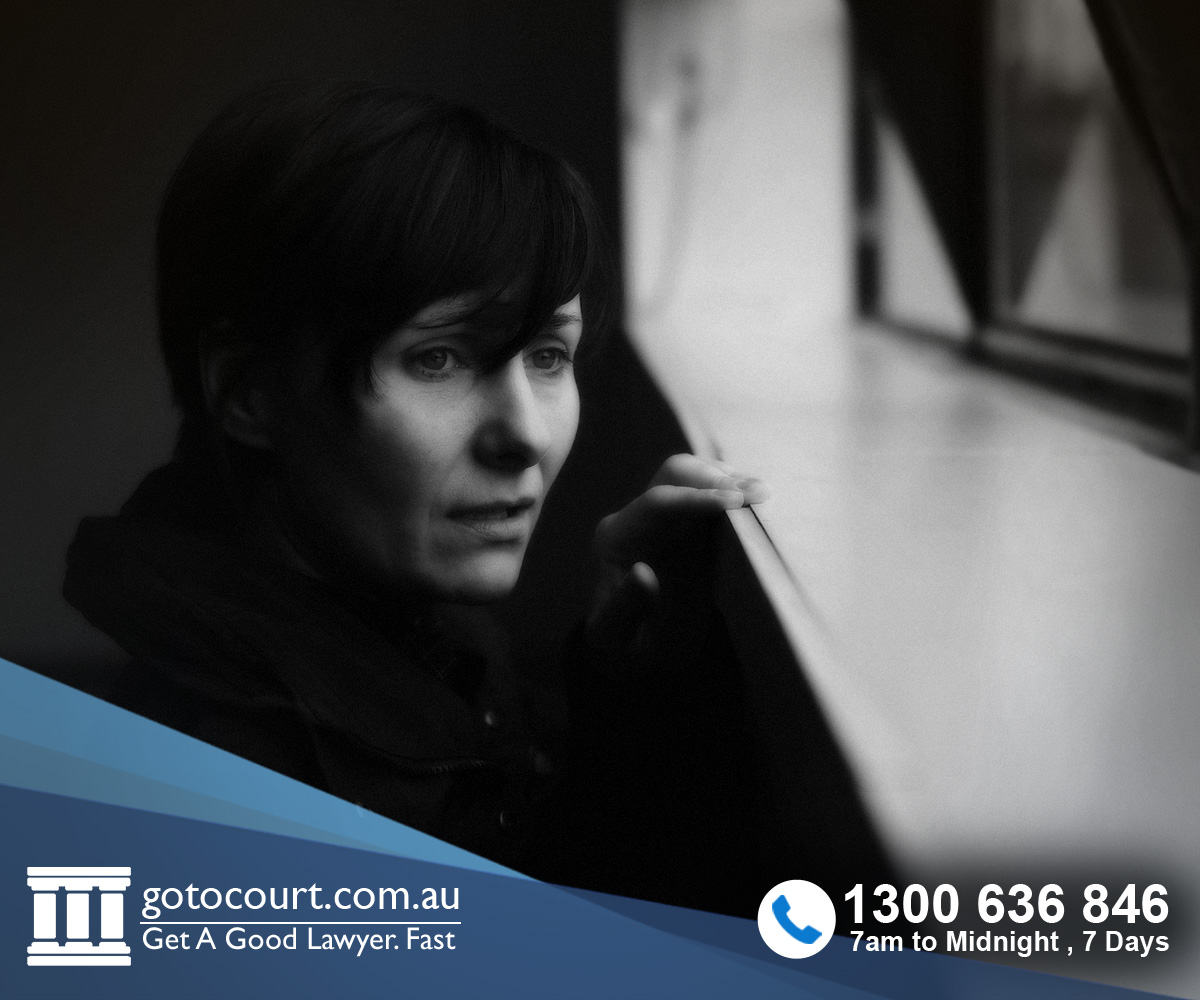 Applying for an AVO in New South Wales 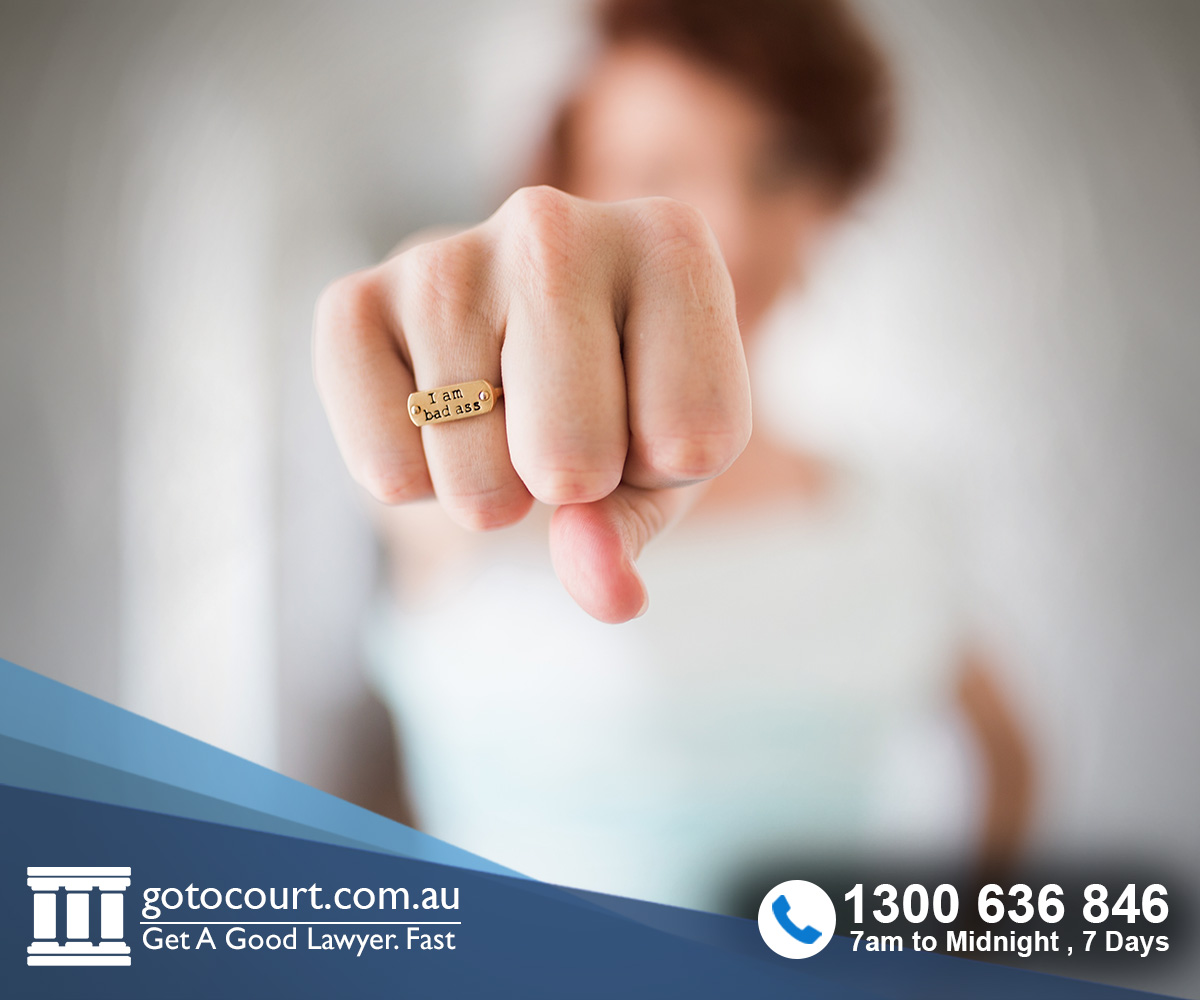 Breach of an AVO in New South Wales 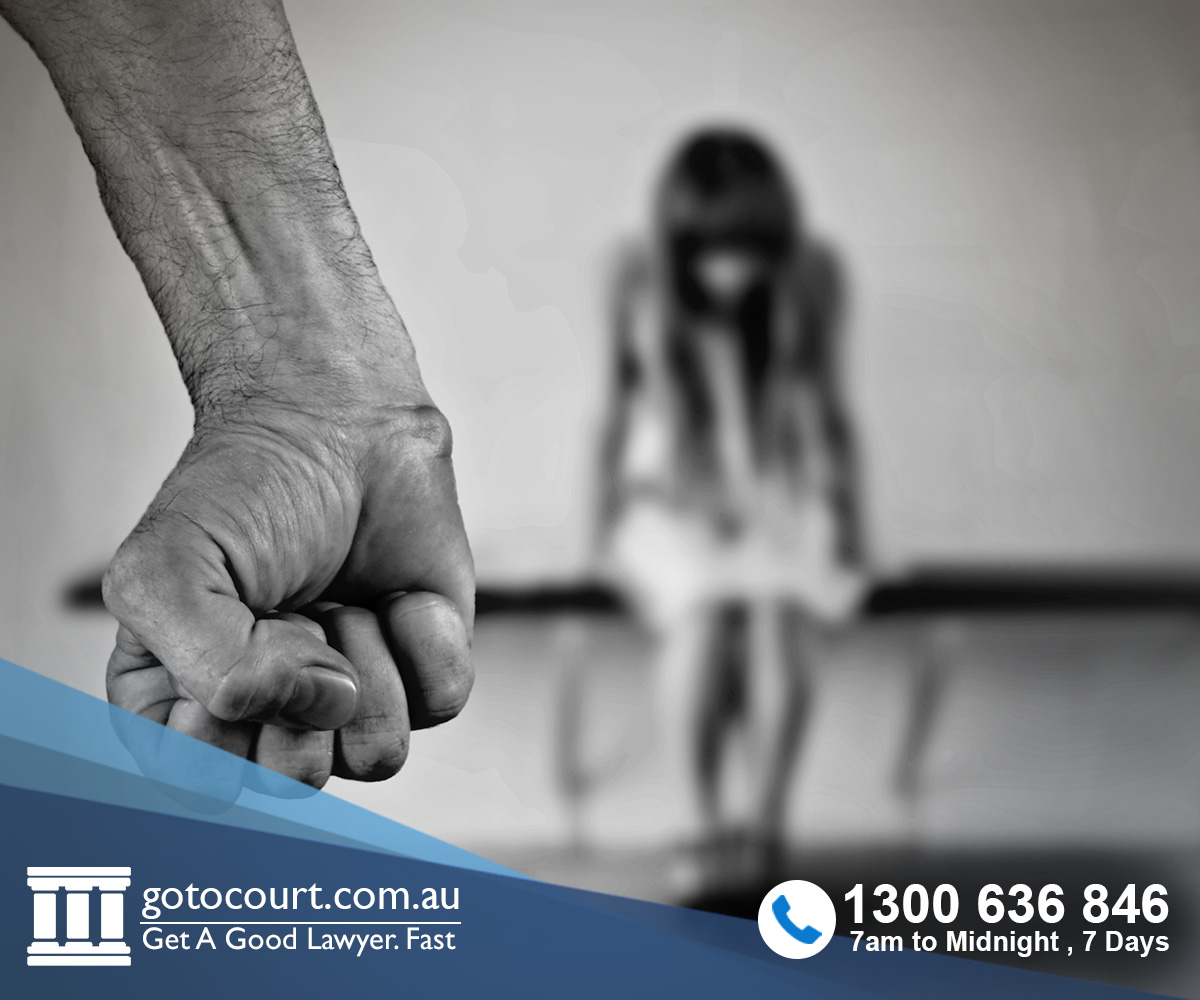 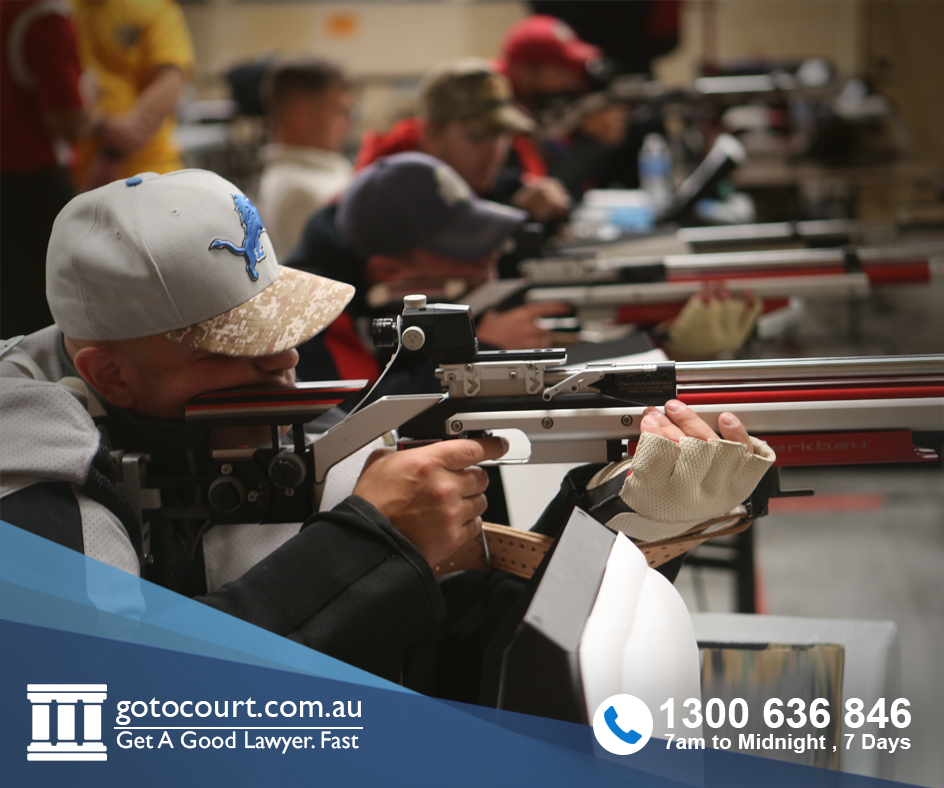 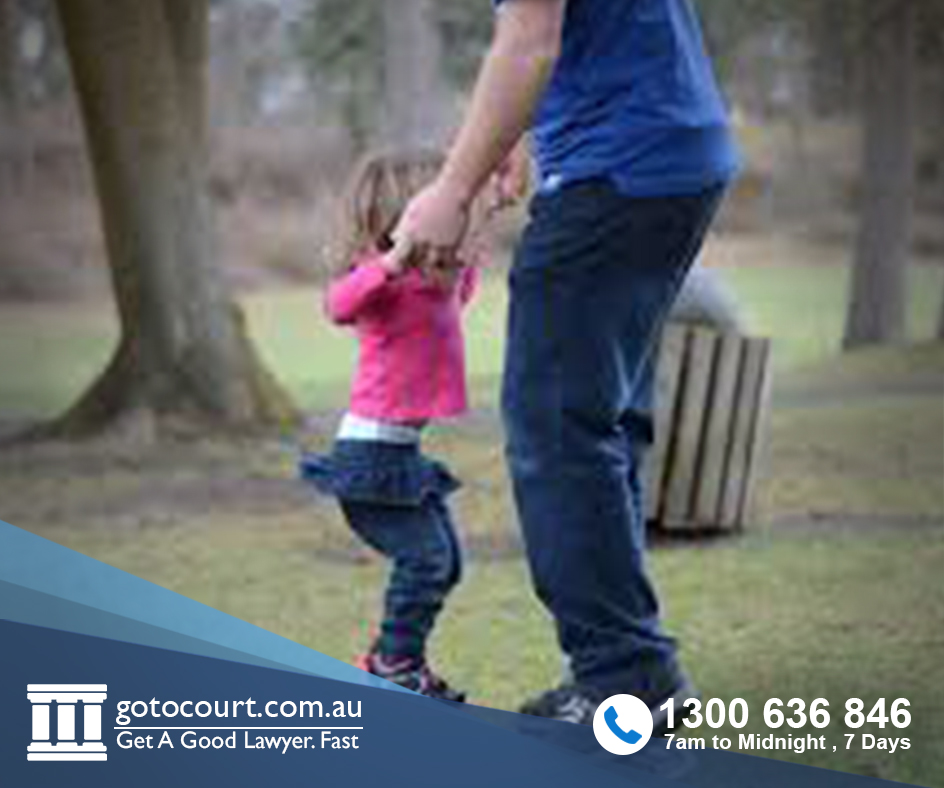 How Does An ADVO Affect Parenting Orders? (NSW) 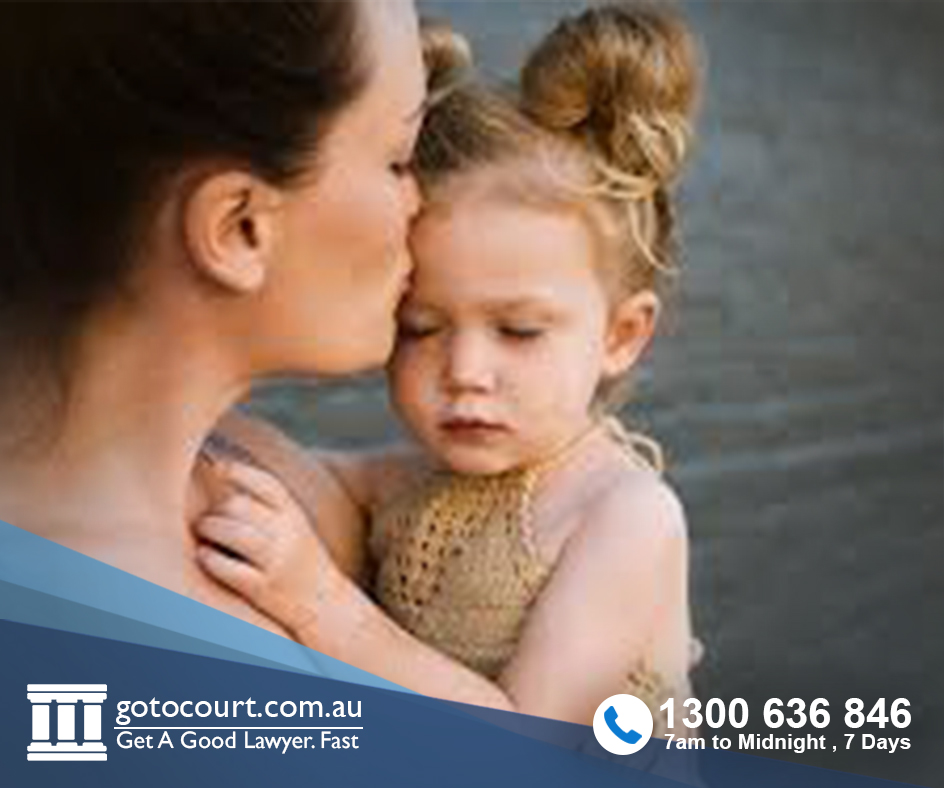