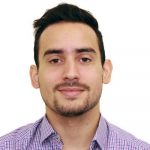 Ali Rana is a Senior Associate who practises primarily in the areas of criminal defence, employment law, complex immigration appeals, and civil litigation and dispute resolution matters. Ali is a seasoned advocate in these practice areas, regularly representing clients in the Magistrates, District and Supreme Courts of Queensland, and the Federal Circuit Court of Australia. Ali holds a Bachelor of Business (majoring in Economics and Marketing), a Bachelor of Laws and a Graduate Diploma in Legal Practice.

When a person is charged with breaching a domestic violence protection order (DVPO), which requires them to be of good behaviour towards the aggrieved, it is common for the person to also be charged with one or more other offences arising from the same conduct. This is because the breach of the good behaviour conditions of the order is generally constituted by an act which is itself a criminal offence, such as assault, making a threat or unlawful entry of a dwelling.

Whether or not a person can be found guilty of both the offence of breaching a DVPO and  the other offence arising from the same act is not settled at law. Some ways a person may seek to avoid receiving convictions for both offences and being sentenced on both charges are discussed below.

A standard DVPO has conditions attached to it requiring that the respondent be ‘of good behaviour’ towards the aggrieved. If the respondent in a DVPO assaults the aggrieved while the order is in force, this constitutes a breach of the DVPO.  If a charge of common assault is laid as well as a charge of breaching a DVPO, then Section 16 of the Criminal Code is invoked, which essentially provides that a person cannot be punished twice for the same act.

How do I avoid two convictions?

It is always better to  avoid being found guilty of two offences arising from the same conduct. This keeps your criminal record to a minimum. It also makes it more likely you will receive a lenient penalty.

Prosecution will sometimes agree to withdraw one charge if the offender pleads guilty to the other one. This is particularly likely if it looks like the matter is going to proceed to a contested hearing if both charges are proceeded with.

If prosecution are not agreeable to a plea deal, you can ask the court to make an order for a permanent stay against one of the charges. A stay on proceedings can be ordered where the court considers that it is necessary in order to protect against unfairness in criminal proceedings. The law in relation to permanent stay applications is complex and you should see a lawyer to help you understand how to do this.

What does the case law say?

An application for a permanent stay of a charge of breaching a domestic violence order, where the defendant was also charged with another offence arising out of the same act, was considered by Magistrate Bucknall in QPS v DLA [2015] QMC 6 . His Honour found that to convict the defendant of both offences would be contrary to the provisions of Section 16 of the Criminal Code Act and ordered a permanent stay of the offence of breach of a domestic violence order. In considering the prior case law on this issue, His Honour found that it was open to the court to find that the doubling up of the two charges amounted to an abuse of process and order a stay of proceedings. Magistrate Bucknall did not exclude the possibility of a court finding an accused guilty of the second offence, but issuing no further penalty

Whether a person can be found guilty of two offences arising from the same act is ultimately not settled at law because the Court of Appeal has not considered an appeal on this issue. If you think you may have an argument for a stay of proceedings in a criminal matter, please contact Go To Court Lawyers for an obligation-free assessment of your situation.