The Children’s Court in Queensland (known as the Childrens Court) is a special court formed within the Queensland’s Magistrates Court. It is designed to deal with the minor offending of persons under the age of 17.

In the Childrens Court, a trial is referred to as a summary hearing. Young offenders will initially appear in this court, unless the alleged criminal behaviour is of a more serious nature.

For serious crimes, the Magistrate will order the referral of the case to the Childrens Court of Queensland (referred to as the CCQ), which is a specialist District Court. A Judge from the District Court is appointed to hear matters in the CCQ in accordance with the Childrens Court Act 1992 (Qld) and the Youth Justice Act 1992 (Qld). The CCQ is a closed court and there is no jury.

These Childrens Courts do not deal with matters relating to the custody of children or disputes between parents. These types of matters fall under the jurisdiction of the Family Court of Australia. 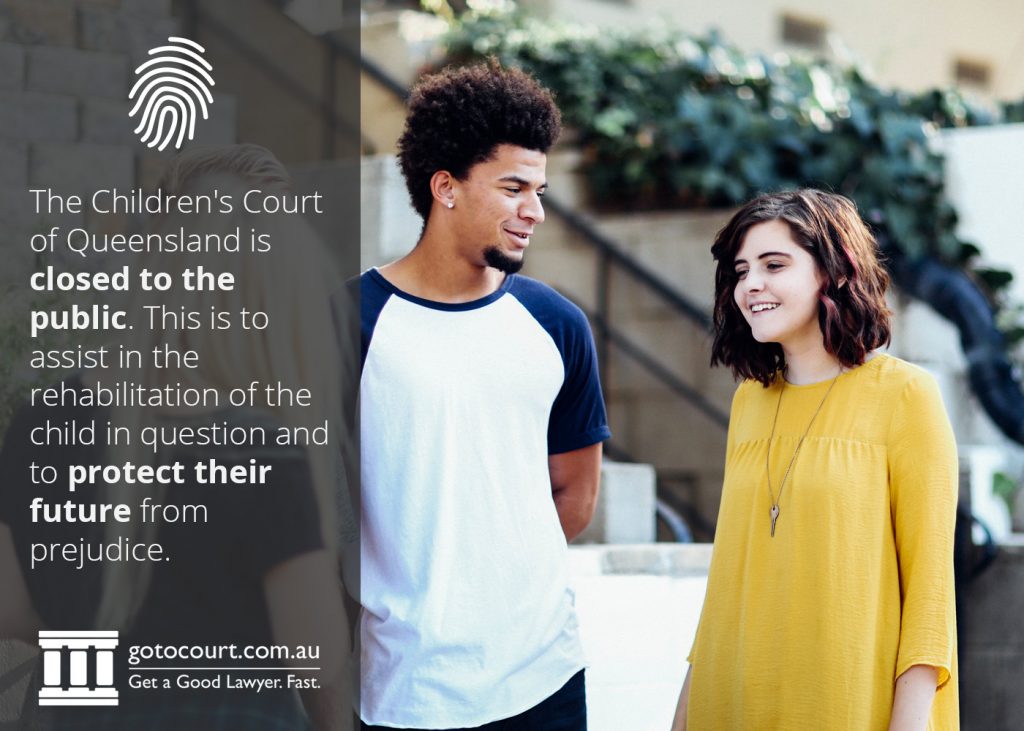 Are Children’s Courts in Queensland closed to the public and why?

The Childrens Court is generally closed to the public and therefore only specified people are permitted to enter the courtroom. During the proceedings, only the accused child and their support persons, judicial staff, legal counsel, the prosecutor and witnesses will be permitted access.

Journalists or students may also be allowed to observe the hearing if granted permission. The media has a right to report on the proceedings, however, no material identifying the child is permitted to be published, and significant penalties apply for breaches.

The Childrens Court is closed to the public to assist in the rehabilitation of the young offender and to protect the young person’s future from prejudice. There is a significant focus on rehabilitating minors in Australia. This is because research demonstrates that with guidance and support from the justice system and community, young people can change their wrongful behaviour and become productive members of the community.

However, repeat child offenders who have previously been found guilty of an offence are required to appear in open court. The offender may request the Magistrate make an order to restrict the media from publishing their identity but this will only be granted at the discretion of the Magistrate.

What are the obligations of parents?

Queensland Magistrates consider the presence of parents or guardians at a young offender’s hearing particularly important. It is indicative of the support the child will have access to throughout their rehabilitation.

In certain cases, the Magistrate may adjourn a hearing or issue a court order to ensure parents’ attendance. Parents and guardians should therefore ensure that they can be present for their child’s hearing.

What legal assistance is available?

Young people who are required to appear in court have the right to legal representation. If unable to afford legal help, they can seek assistance through Legal Aid’s Youth Advocacy Centre or YFS Legal.

Duty lawyers, who provide free legal support, are also available in most courts. However, they may be very busy given the volume of those who require legal assistance.

The court may adjourn a matter if the young person has not conferred with legal counsel. Therefore, it is important to obtain help well in advance to the hearing.

What are the possible sentences for young offenders?

Upon the conclusion of a summary hearing and if the young person is found guilty, the court will decide the sentence to be imposed. In determining a sentence, the Childrens Court in Queensland (including the CCQ) considers the seriousness of the crime committed, the history of the child and the likelihood of rehabilitation.

In the Childrens Court, a greater emphasis is placed on rehabilitating offenders over punitive punishments, such as custodial sentences.

For offences where the Magistrate or Judge believes there is potential for rehabilitation without incarceration (jail), a community service order may be made. This is where the youth offender would be required to work unpaid for an allocated amount of hours in the community.

Alternatively, a conditional release or probation order may be issued. These orders aim to create a supportive and closely monitored environment within the community, to prevent the youth from reoffending.

In more serious cases, the juvenile may be sentenced to serve a term of imprisonment in a youth detention centre. Towards the conclusion of a sentence in detention, a supervised release order may be made which would allow the child to complete the remaining time of their sentence in the community, under the supervision of the authorities.