The tort of negligence in Queensland was established by case law (also known as common law) but is now also governed by the Civil Liability Act 2003.

Put simply, negligence occurs when a person (the actor) is reckless or careless, or acts without the degree of skill usually expected of someone in those circumstances which causes some kind of damage or injury to someone else (the victim).

It can arise as the result of an act or a failure to act. Negligence only arises where the actor owed a duty of care to the victim.

What must be proven?

There are three elements that must be proven to claim negligence in Queensland:

What is a duty of care?

A duty of care arises in circumstances where it can be reasonably foreseen that an act or an omission would likely cause injury to another person. If a duty of care arises, the person who owes the duty must perform that duty, or must act to a reasonable standard. If they fail to do so, they will have breached the duty of care.

When is a duty of care owed?

The law of negligence in Queensland recognises a number of different relationships which automatically attract a duty of care. However, the law is constantly changing so the list is not exhaustive.

Those relationships already recognised include:

What standard of care is owed?

The standard of care which should be met will be determined according to the type of relationship. For example, if the relationship is one of doctor and patient the standard of care the doctor owes is what a reasonable doctor having the necessary qualifications and experience would owe in the same circumstances.

The court determines the standard of care by reference to the facts of the particular case.

When is a duty of care breached?

The question of whether the duty of care has been breached is determined on a case by case basis.

In determining whether a reasonable person would have taken precautions, the court will consider:

What amounts to ‘harm’ for negligence in Queensland?

The breach of duty must result in some harm before a claim can be made. Harm includes all forms of injury or loss, such as:

The harm must also have been caused as a result of the breach. So if a doctor prescribed the wrong medication to their patient and, on entering the chemist to fill the prescription, the patient falls and hurts themselves, the harm is not caused by the doctor’s breach of duty in prescribing the wrong medication. In this scenario a claim for negligence for the harm suffered in the fall cannot be claimed against the doctor.

Who can make a claim for negligence in Queensland?

A person who has suffered loss or damage from a breach of duty of care can make a claim for negligence in Queensland.

A claim for negligence should be made to the Court with the assistance of a legal practitioner.

What damages can be awarded?

If you have suffered harm due to a negligent act or omission, you can make a claim for compensation.

The amount of compensation you will be awarded will be determined by reference to the specific facts of the case, including:

In claims of compensation for negligence in Queensland, the amount of compensation a person receives can be reduced in circumstances where the person contributed to their own harm. The person who experienced harm must have taken reasonable steps to prevent the harm occurring if at all possible. A failure to do so may result in what is known as ‘contributory negligence’. Again, this will depend on the facts of the case.

Where the negligence is ongoing, the victim may be able to obtain an injunction to prevent the actor from engaging in the conduct.

The Limitation of Actions Act 1974 stipulates that an action for negligence must be started within three years from the date on which the action arose.

It is not possible to commence an action until all the elements are satisfied, so the three-year time limit will commence only once harm resulting from the breach has occurred. 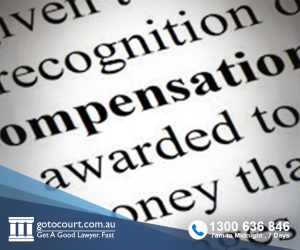 Victim Assist (Qld)
In all states and territories there are government schemes under which victims of violent crimes can seek compensation for their injuries. In Queensland, this scheme is called Victim Assist Queensland and is governed by the Victims of Crime Assistance Act 2009. This scheme aims to provide victims of crime with monetary compensation for physical and…
Read more…