Personal injuries in Victoria are governed by a number of pieces of legislation. These include the Wrongs Act 1958, the Transport Accident Act 1986 and the Workplace Injury Rehabilitation and Compensation Act 2013.

Under the Wrongs Act 1958, a person who has suffered non-economic and economic loss as a result of a personal injury or death can claim compensation in the form of damages. Such claims are negligence claims and more information can be read in our dedicated article, Negligence in Victoria.

Negligence claims in Victoria cover a wide variety of personal injury cases, and include: 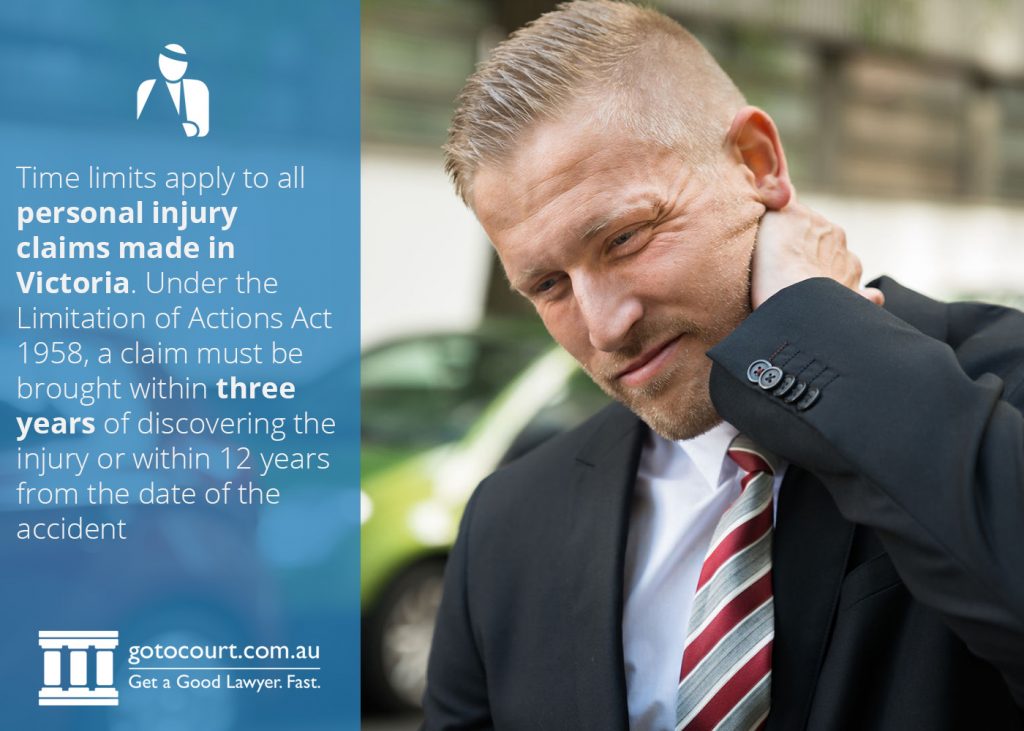 There is a scheme available in Victoria which allows for claims for compensation over workplace injuries to be made under the Workplace Injury Rehabilitation and Compensation Act 2013. This is in addition to general claims of negligence made against employers for workplace injuries (known as common law claims).

The Workplace Injury Rehabilitation and Compensation Act 2013 provides a framework for employers and workers to ensure steps are made to avoid injury, as well as provide a system of compensation. Under section 19, the Act provides a flow chart which explains the process of a worker making a claim for an injury suffered at work.

In addition to employers having obligations, workers also have obligations under the Workplace Injury Rehabilitation and Compensation Act 2013. Understanding these obligations, in particular the ones which arise after an injury is suffered, can affect rights and entitlements to compensation.

Medical malpractice in Victoria is a complex area of law in of itself. In Victoria, successful claims are determined by the courts in accordance with the law. The prevailing law at the time of writing was determined by the High Court of Australia in the case of Rogers v Whitaker (1992) 175 CLR 479.

Generally, to prove a medical negligence or malpractice case in Victoria, you must demonstrate that a medical professional neglected to practice an acceptable standard of medical care. That negligence must have resulted in a significant injury.

Victorian law limits the types of losses that are claimable for compensation. As such, if you believe you might have a claim for medical negligence, it is important to discuss your rights and options with a lawyer.

Public liability is a category of negligence which focuses on injuries which are sustained in public areas. Those injuries must be the result of the fault (or negligence) of someone else.

Product liability has a similar process to public liability and is also governed by the Wrongs Act 1958. In cases involving product liability, it must be demonstrated that a product is faulty and that injuries were caused by the faulty product. As the Australian Consumer Law (under the Competition and Consumer Act 2010) also applies, it is important to seek professional legal advice if you think you have a product liability claim.

Claims for compensation due to a dust or asbestos disease in Victoria are generally made under the Wrongs Act 1958. Unlike other areas of personal injury law in Victoria, a number of caps and limitations on compensation claims do not apply.

As this type of claim involves a number of complex legal inclusions and exceptions in law, it is best to consult with a lawyer if you believe you have a personal injury claim involving a dust or asbestos related disease.