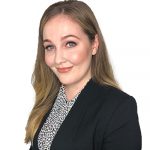 Rebecca Walker holds a Bachelor of Laws and a Bachelor of Arts (Environmental Studies). During her time at University, Rebecca achieved first prize in the Trial Advocacy unit and represented her law school at Australasian competitions for mooting and trial advocacy. In 2016, Rebecca completed her Graduate Diploma of Legal Practice at the College of Law in Perth and in September 2016, Rebecca was admitted to the Supreme Court of Western Australia. Prior to joining the team at Go To Court Lawyers, Rebecca worked for a prestigious boutique law firm in Perth, specialising in family and criminal law.

If you are involved in a car accident, and you suffer damage, you may be entitled to a motor vehicle accident compensation claim under Compulsory Third-Party Insurance.

Compulsory Third-Party Insurance is a compulsory scheme of insurance under which an insurance policy must be taken out in respect of any registered vehicle against liability for personal injury caused by or arising out of the use of motor vehicles.

Personal Injury includes any disease or injury sustained by an individual to his or her person for which another person is legally liable.

In Western Australia, there is a ‘fault’ scheme and it covers several accident types, including:

The purpose of the Motor Vehicle (Third Party Insurance) Act 1943 (WA) is to:

‘…require owners of motor vehicles whilst on a road, to be insured against liability in respect of deaths or bodily injuries directly caused by, or by the driving of, such motor vehicles, whether caused on or off a road, to make certain provisions in relation to such insurance and in relation to the awarding of damages in respect of such bodily injuries, and for other purposes’.

Who can claim compensation?

Generally speaking, a person can make a claim for motor vehicle accident compensation provided the accident and injuries suffered occurred no more than three years ago and the accident was wholly or partly someone else’s fault.

Where someone suffers from catastrophic injuries as a result of the accident, they may be able to claim regardless of fault.

The ICWA must first determine who was at fault and to make this determination, the ICWA gathers the following information:

Regardless of the outcome, the ICWA will provide a written explanation for its decision.

What can a person claim?

A motor vehicle accident compensation claim can include medical expenses including:

What a person can claim depends on whether the accident was wholly or partly another driver’s fault, and the extent of the person’s injuries.

Generally, the claimant receives their motor vehicle accident compensation as a lump sum payment.  The amount of the lump sum will depend on who was at fault, what the person is entitled to claim, and the damage the individual suffered.

The Catastrophic Injuries Support scheme provides lifetime treatment, care and support for those who have been catastrophically injured in motor vehicle crashes in Western Australia, and who are unable to establish that the accident was caused by the other driver.

If you require legal advice or representation in a motor vehicle accident compensation matter or in any other legal matter please contact Go To Court Lawyers. 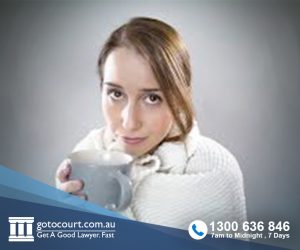