Criminal Law » WA » When Police Can Arrest You 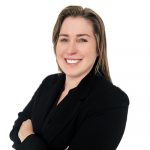 Anne Ford holds a Bachelor of Laws and a Bachelor of Counselling from Notre Dame University, Fremantle. She completed a Graduate Diploma of Legal Training at the College of Law in Perth and was admitted to the Western Australian Supreme Court in 2017 and to the High Court of Australia in 2018. In 2016, Anne was awarded the Lavan Prize for Commercial Practice and Ethics. Anne has particular interests in criminal law, drink driving and traffic law. She also has experience in personal injury law.

In Western Australia, police can arrest and detain a person in order to keep the peace, prevent a crime or to protect the life and property of the community.  An arrest is the process used to bring a person into police custody and to charge that person with an offence.

When police can arrest you

You must give your details

When police reasonably suspect you have already committed an offence, are about to commit an offence, or when you may be able to assist the police in an investigation of an offence or suspected offence you may be required to provide your personal details.

If police believe your details are false, you can be requested to produce evidence of your identity.

Do you have to answer other questions?

Police should “caution” you if it is reasonably suspected you are involved in an offence and are likely to be charged. The caution police use is usually words along the line of “You are not obliged to say anything unless you wish to do so, however anything you do say may be taken down and used in evidence against you”.

Where an arrest involves a person under the age of 18 years of age, they may say “I do not wish to answer any questions without my parents being here.”

There are some instances you must answer police questions.  In these situations, police should first advise that you must answer their questions by law, and by failing to do so that you may be charged.   This situation arises where your house is being searched for drugs, when driving a vehicle and establishing whether you are the owner of the vehicle and questions about your identification when on licensed premises such as pubs and nightclubs.

What can police do when arresting you?

When police arrest you, they must:

When arresting a person the police may:

What are your rights?

Police must inform you of your rights. These rights include the right to seek medical treatment and the right to advise a relative or friend of your whereabouts. You also have a right to engage the services of an interpreter if you are not comfortable talking to the police in English.

How should you behave when being arrested?

If police arrest you, it is always best to co-operate with the arresting officer. Do not try to escape from police, as police are allowed to use reasonable force to prevent you escaping  from lawful custody.

Should you resist, struggle, abuse or assault a police officer during the course of your arrest you may be charged for further offences including assaulting a public officer, disorderly conduct or threatening behaviour.

What must police do when arresting a minor?